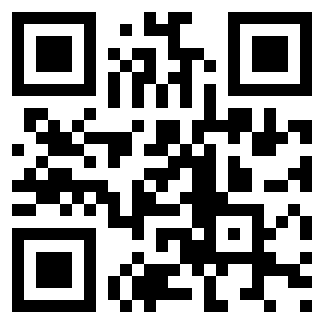 A QR code that links to Byte Revel

You’ve probably seen them on ads, commercials, websites, newspapers, and store windows. They’re little squares with odd patterns of even smaller black and white squares inside of them. But what are these little buggers? Are they marks of a secret society? Are they signs left behind by aliens? Are they like silly bands, but even less useful? None of those guesses are even remotely close. Quick Response codes, or QR codes for short, are a type of two dimensional barcode that can encode a URL, text, geo coordinates, and more. Originating in Japan, QR codes have been around since 1994 and have recently gained much popularity in the United States and neighboring countries.

One of the reasons that this type of barcode has become so popular is because of the ease and speed of scanning and retrieving data from it. All you have to do is open a corresponding app on your cell phone (or other handheld electronic device with support for QR codes, such as an iPod Touch) and point your camera at it. Your phone will scan the QR code square and display any data found. Some smart phones have the feature built in, while others may require you to download an application from an app store. For iOS users, I suggest an app called “Scan“, and for Android users I suggest an app called “Barcode Generator/Reader“.

To fully understand all the math behind the QR code, you would need to do a lot of studying. However, you can get the gist of it by looking at the following image (courtesy of Wikipedia): 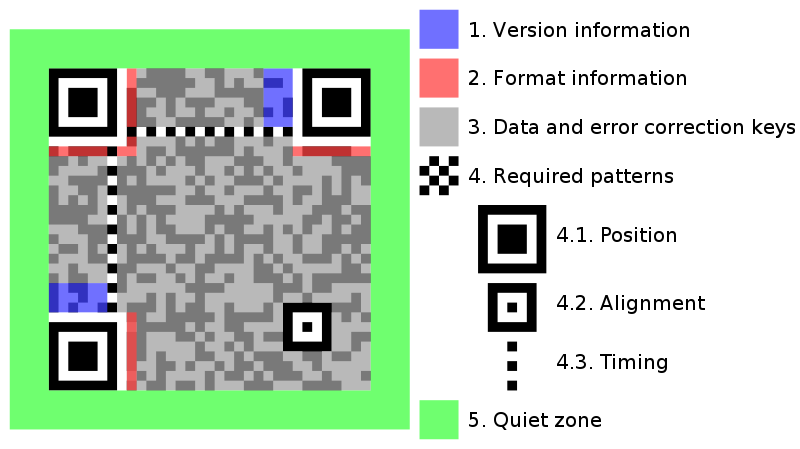 The anatomy of a QR code

Now, the paragraph you have all been waiting for: how to make your own QR codes. There are many applications for personal computers and mobile devices that are able to generate QR codes for you. In addition, there are websites that make generating QR codes quick and simple. I searched long and far for an amazing QR code generator for you guys. I am now able to say that http://qrcode.kaywa.com/ is most likely your best bet for making QR codes on your computer. Another website I found that was capable of quickly making QR codes was Google’s URL shortener, Goo.gl. To use this less self-explanatory service, you must first shorten a URL and then append a “.qr” to the end of the shortened URL. The resulting file is a QR code that corresponds with the URL you shortened. For mobile devices, there are also many apps for generating QR codes. For Android, the same app that I mentioned for scanning QR codes can also be used for generating them (here’s the link so you don’t have to scroll aaaallll the way back up there: Barcode Generator/Reader). For iOS, there’s an app called RedLaser that does a swell job of generating QR codes (and it can scan them as well).

I hope you found this post informative and enjoyable. Have fun scanning and generating QR codes! :)