Over the past few years, the tech sector has seen an emergence of, for lack of a better term, “sharing services,” or companies that network and rent out distributed capital. In simpler terms, these are start-ups that don’t own the capital that provides a service (e.g. a car for a taxi service company) but rather connect people who are willing to “rent” out their capital to people who would rather “rent” than purchase capital outright.

Consider Über, Breather, or airbnb. These businesses don’t own cars, office spaces, or vacation homes. Rather, they are built on existing infrastructure. Their businesses rely on matching unused capital (such as cars / drivers, office buildings / meeting spaces, home space) with people in need of services. By exploiting unused capital instead of purchasing new capital outright, these businesses are able to lower their own costs thus making “rentals” much cheaper. In all, these “sharing services” are making capital use more efficient as the owners of capital are not losing as much money as they could by leaving their cars, office spaces, rooms unused (in terms of economic profit) and consumers benefit tremendously from lower prices. The middlemen, Über, Breather, or airbnb, collect a small fee for providing the network as well. It’s a win-win-win.

When I worked for Quadral Apps LLC, a software consulting company that I co-founded, one of our clients was Next Image Medical (now they’ve been absorbed by Canterbury Healthcare). Next Image Medical was in the “sharing services” business but with a very specific form of capital: MRI machines. When MRI machines were unused, they would contact Next Image Medical who would in turn schedule MRI appointments for patients. Since the machines would otherwise be unused, the MRIs were discounted and Next Image would collect a small premium on each appointment scheduled. This type of “capital sharing” business model is similar to that of the aforementioned companies.

Essentially, these “sharing services” are using technology to make markets or make existing markets more efficient. The growth of technology over the past few years has allowed these types of “capital sharing” networks to emerge dramatically. As a note to all entrepreneurs pondering new startup ideas, I’d suggest looking into developing new “capital sharing” networks; look for unused capital that can be rented out in some capacity and build a network around connecting them to consumers looking to borrow rather than own.

An aside – I realized that I’m coining a lot of terms in this article, some of which may not be completely accurate; I hope they convey the ideas nonetheless 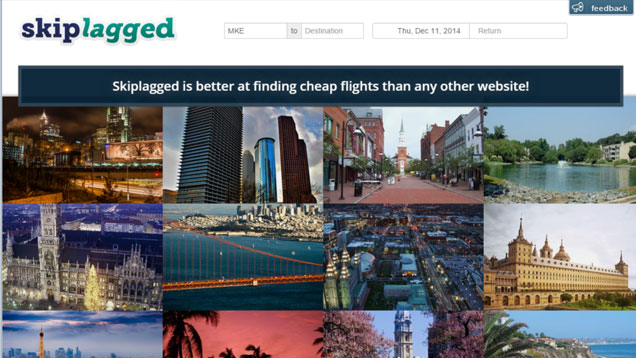 It has been awhile since I’ve written an article, but I’ve found the chatter surrounding “hidden city ticketing,” an approach to obtaining cheaper air ticket...