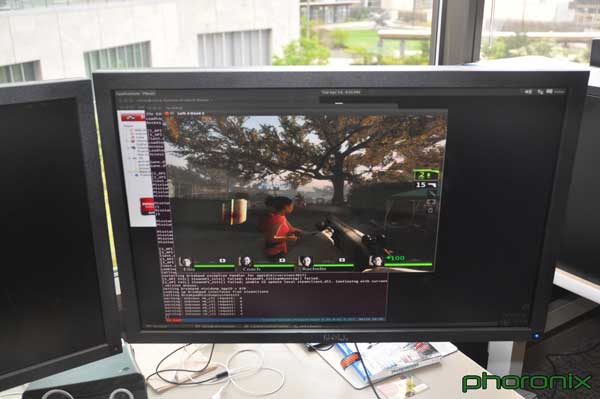 Valve, the massive video game company behind the social game distribution software Steam, recently announced that a Steam client for Ubuntu Linux is in the making. The announcement, made via a new company blog dedicated to Linux, described how Valve managing director Gabe Newell has been looking forward to bringing their gaming network and Source game engine to Linux for some time. They’ve already been supporting the Linux platform with their server software, but Valve is finally ready to take the next step.

The Valve Linux team has chosen Ubuntu as the initial distribution to release their software on because it is the most popular distribution and games have had success on the platform in the past. However, Valve says that they hope to bring Steam to other distributions in the future as well.

The Steam client is great for socializing with fellow gamers, but that’s not it’s main feature. It is popular for providing an easy way to find, buy, and install games. This, of course, means that in order to make Steam for Linux viable, popular games have to be ported or created for the Linux platform. Valve says that they have plans to first port the incredible Left 4 Dead 2 to Ubuntu, and then go from there.

As of now, Linux is by no means considered a gaming platform. Sure, there are a couple of great games out there, but not nearly enough to lure gamers. We look forward to seeing how Steam will change the way Linux is used and thought of.