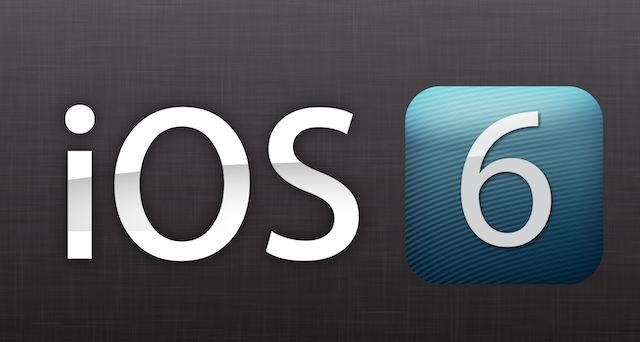 The next version of Apple’s mobile operating system, iOS, was announced at this year’s WWDC, and it introduces over 200 new features to the platform. In case you are not familiar with the term, iOS is the operating system that runs on Apple’s popular lines of iPhones, iPod Touches, and iPads. Apple updates iOS roughly every year, and they never cease to find elegant ways of improving users’ mobile experiences. This year is no exception. 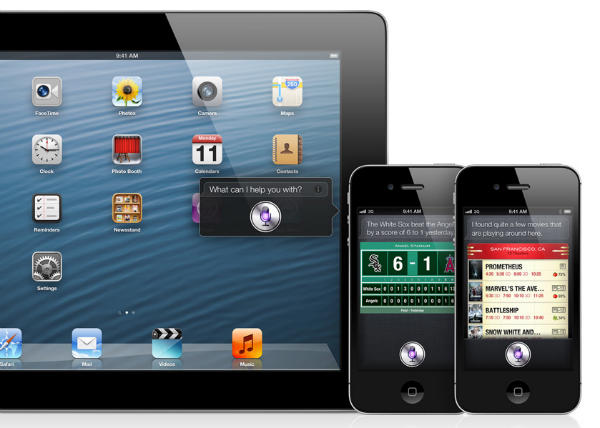 Siri has been upgraded to understand questions related to sports. It can display both college and major league game scores, as well as the statistics of individual players. If you ask it about restaurants, Siri will provide ratings, reviews, and descriptions of nearby eateries. Additionally, Apple has partnered with OpenTable to allow for in-app reservations. Those of you that go to movie theaters frequently will be glad to hear that Siri can provide lists of currently playing movies and their descriptions. Ratings and reviews from Rotton Tomatoes are available from within the Siri interface. In my opinion, the greatest update to Siri is the ability to launch apps with a voice command. Just say “Open Angry Birds” and you will be instantly switched to Angry Birds. In iOS 5, siri was capable of texting dictation. iOS 6 expands on that and allows for Twitter Tweet and Facebook post dictation.

The largest update to Siri was made with the cooperation of major car companies. In new models of some cars, a button will be installed on the steering wheel that, when pressed, activates siri on a plugged-in iPhone. It allows for effective eyes free interaction with the iPhone.

The new version of Siri will work with the French, Spanish, Italian, Korean, Mandoren, and Cantonese languages. This is sure to make it more popular in the countries where these languages are most commonly spoken. Included with this additional language support is Siri location recommendations (restaurants, movie theaters, etc.) for countries outside of the United States.

The iPad 3 has had excellent speech to text functionality since its release in March, but there was no sign of Siri to be found. iOS 6 will bring Siri to the iPad platform, making awkward typing on the iPad’s medium sized keyboard even even more unnecessary. 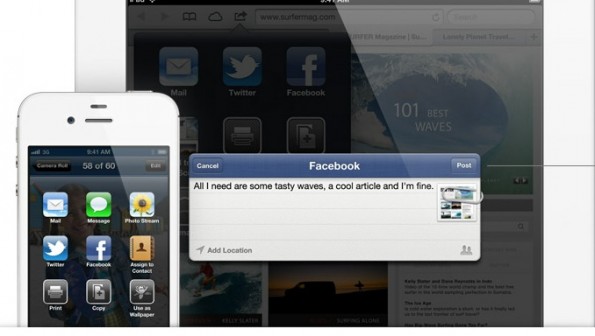 Like Twitter integration in iOS 5, Facebook will be directly integrated into iOS 6 with settings that allow for single sign-on and simple sharing. Once you have logged into Facebook through the settings page, all apps can, with your permission, use your account to grab content, upload media, or submit a post. In the Photo app, you will be able to tap the share button and have the option of sharing to Facebook or Twitter. Likewise, pages in Safari can by shared on your wall with the press of a button. While using the new maps app, you will be able to share a location or section of a map with all of your Facebook friends. On app pages in the app store, song and album pages in the iTunes store, and game pages in Game Center, there will be a new “Like” button for sharing to Facebook. And, just like Facebook widgets and wall posts on the internet, you will be able to see which of your friends have liked certain apps.

Apple will provide an API for developers that will allow them to include the Facebook share feature from within their app. In the past, developers had to open a sloppy web page within their app or hook into the official Facebook app in order to enable users to quickly post content to Facebook. 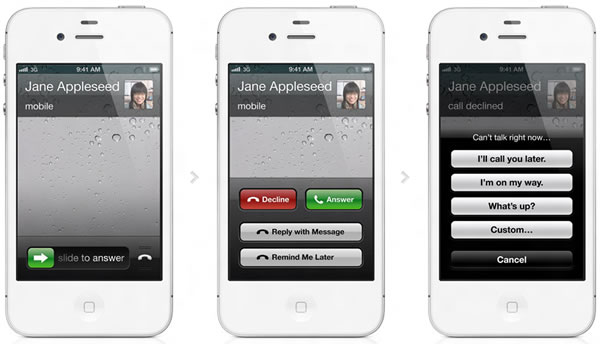 The Phone app has been updated to allow for more control over an incoming call right from the lock screen. As you can see in the image above, swiping up from the bottom of the screen during an incoming call alert will provide several options. You can choose to hit the usual decline or accept buttons, or you can reply with a text message or be reminded later. Tapping either the “reply with message” button or the “remind me later” button will reveal a list of options for default messages or reminders. The “remind me later” options are especially cool in that you can choose to be reminded when you leave from or arrive at a certain area. 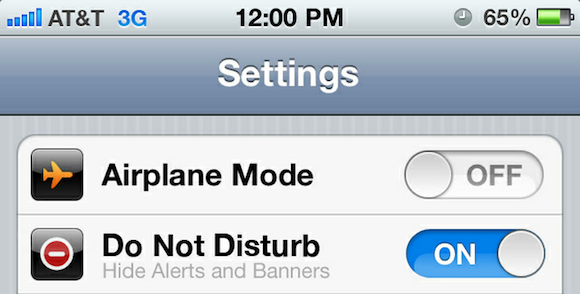 Airplane mode is very useful for quickly and easily  disabling your internet connection. It effectively stops notifications and incoming messages. There is also a setting in the notifications page for disabling all notifications. However, there is currently no way to quickly retrieve and allow incoming data while disabling the notifications and alerts that they would normally cause. Thankfully, a new setting called “Do Not Disturb” will do just that. Do Not Disturb will also allow certain special calls or alerts to leak through if you allow them to. For example, you can choose to only receive phone calls from a particular group of important contacts. 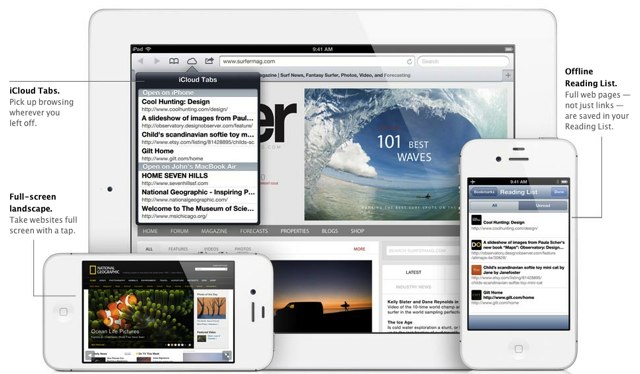 The Mobile Safari app in iOS 6 has several new features as well. The first of which is “iCloud Tabs”. Tapping the iCloud Tabs button in Safari will reveal a list of all of the currently opened tabs on all of your shared iCloud enabled devices. Also, any web page can be saved for offline viewing in a reading list. This feature will kill dozens of apps, like Get Pocket (Read it Later), that have provided this functionality for years. Additionally, Apple has acknowledged the success of other browser apps and applied their full screen feature to Mobile Safari.

Many popular online websites also have iOS apps, and, until now, they are either forgotten or overly advertised in the form of pop-ups or annoying splash pages.The Mobile Safari app in iOS 6 will check to see if websites also have an iOS app, and, if they do, a fancy banner will slide down from the top of the page alerting you of the apps existence. If you already have the app installed, you will see a button that will take you to that app in the same state as you were on the website.

Most online forms work in Mobile Safari, but one kind of form that has (understandably) never worked is the file uploader. In the new version of Mobile Safari, tapping on an image upload button in a web page will reveal a window of photos from your photo library. Theses photos can then be selected and uploaded to the website. 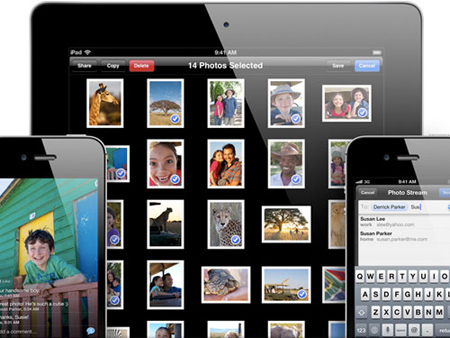 The default photo app now supports shared photo streams. That means that you can select photos from your library and then send them to friends of your choice. The friend that receives the photos will have them in an album in their library, and they will be able to leave comments on the shared photos. All of your shared photo streams can be viewed on any internet enabled device via the official photo apps and the iCloud website.

The Mail app is great for organizing mail accounts and managing individual emails, so it’s great to hear that it has been made even better with VIP contact tags. Anyone on your contacts list can be marked as a VIP, and their emails will be received as an alert. Within the mail app, emails from them will be marked with a star. Plus, there is a VIP mailbox that includes emails from all of your VIPs. Similarly, there is a mailbox for emails that have been flagged.

In iOS 5, composing emails in the mail app that consist of anything other than text is difficult and annoying. In iOS 6, you can just tap and hold to be prompted to insert a picture or video clip from your library. 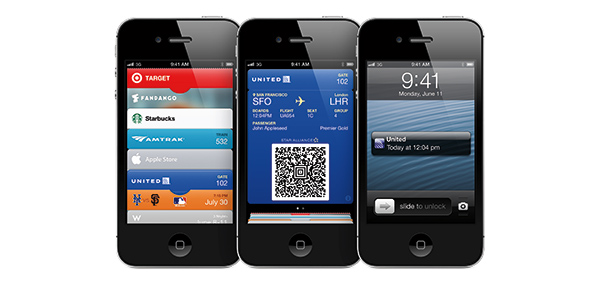 A new default app called PassBook was added to iOS 5. It basically allows you to organize and store all of your passes and tickets in one place. It also notifies you when you are in the place the ticket our pass should be used. If it is a ticket that has a set date and time when it can be used, like a movie ticket, PassBook will send you a  notification alerting you of this impending time. Each pass in PassBook has its own page that contains information about the pass as well as the pass  itself (barcode, QR code). An API is available that will enable developers to create passes from within their apps. 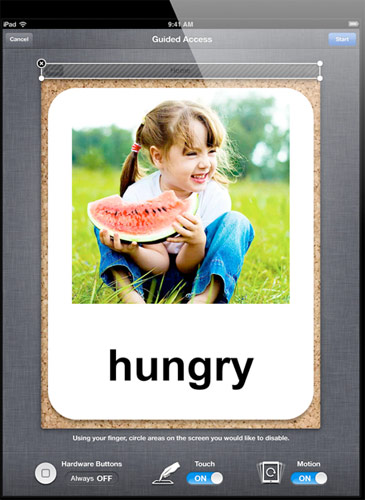 iOS is famous for its accessibility features and apps, and Apple knows that. They have added a major accessibility feature called Guided Access that allows people to turn off certain parts of the apps and the device in order to improve the experience of disabled people. The only problem I can see arising is that the open app can crash unexpectedly, leaving the disabled person confused and away from their app.

These accessibility features can also be used to create a single-app mode for museums and schools. It would make the iPad great for taking tests or providing information on a tour. 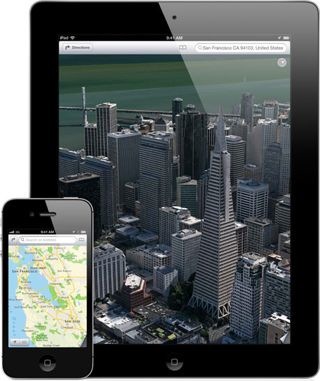 Apple has ditched the old Google powered maps app and created their own global mapping service from the ground up. Like Google maps, local businesses and points of interest can be shown in search results. Tapping on them reveals more information, including Yelp reviews, ratings, and photos. Traffic view can also be toggled, and it shows colors on streets that correspond to the level of traffic that is currently on that street. The traffic system uses crowd-sourced data to create its traffic diagrams.

All of the aforementioned features already existed in the old maps app, but the killer new feature is turn-by-turn navigation. Acting as an intelligent GPS, the maps app will guide you to your destination. It takes traffic into account when update its ETA and route. Siri provides support for initiating a turn-by-turn route, and it will respond to questions relating to the current route. During your drive, Siri will narrate progress and turns that have to be made. These turn-by-turn navigation features make Apple a large competitor for major GPS brands.

Most impressively, major cities will appear in 3D when navigated to in the maps app. This was made possible by capturing images from helicopters and planes while flying around the cities. While looking at a major city, you can select a 3D point of interest and turn on fly over mode to automatically circle around it. With satellite and 3D mode turned on, the maps app seriously competes with Google Earth’s awesome abilities.