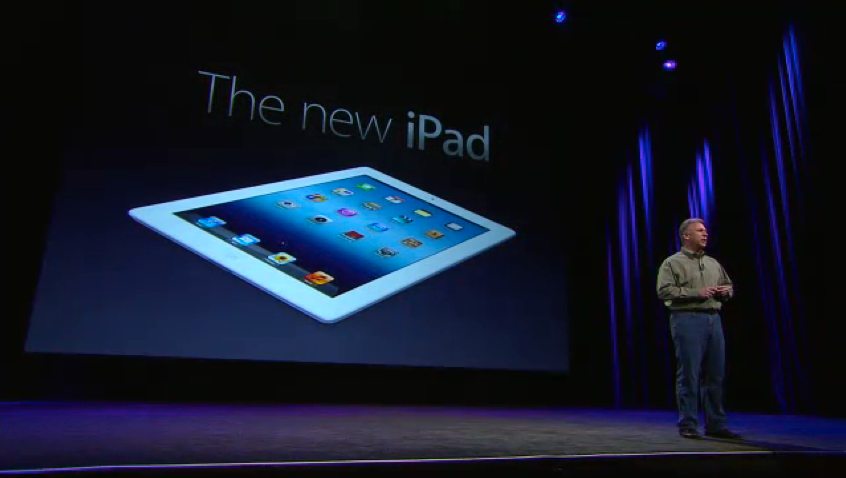 After many months of rumors, Apple has finally held its first 2012 keynote. The star of the show was, of course, the fantastic new iPad. Boasting such new features as an HD Retina display and a much faster processor, it tops every other tablet on the market. Those two features alone make this upgrade noteworthy, but they are not all that was added. Resource intensive applications will run faster and crash less often with a larger helping of RAM than the iPad’s predecessors. Plus, there is an advanced new camera that will have you shooting videos and FaceTiming in sharp 1080p.

The event itself was held in San Francisco on the morning of March 7th. The main speaker was Tim Cook, the fairly new CEO of Apple.  Philip Schiller, the Senior Vice President, presented the the new iPad to the world. In addition to the iPad, the Apple TV and iOS iWork and iPhoto apps were updated. You can watch the event in its entirety at the Apple website, or check out Gizmodo’s 99 second overview video here.

The Retina display was first introduced on the iPhone and iPod Touch last year, and it really blew us away. The quality is astounding, and you can barely make out  a pixel with a magnifying glass (let alone your naked eye). The most popular iPad rumor of all was that the new iPad would sport an HD display. Unsurprisingly, this rumor held true. The 2048 x 1536 Retina display packs a whopping 3.1 million pixels onto its notebook sized screen. If you do the math, that’s 264 pixels per inch. This makes for extremely high quality graphics that take gaming to a whole new level. Additionally, reading on the new iPad will be easier than reading on other devices due to razor-sharp text. Better resolution isn’t the only improvement to the iPad screen. Apple claims that there is a 44 percent increased color saturation on the new display that makes images more vivid, rich, and deep. 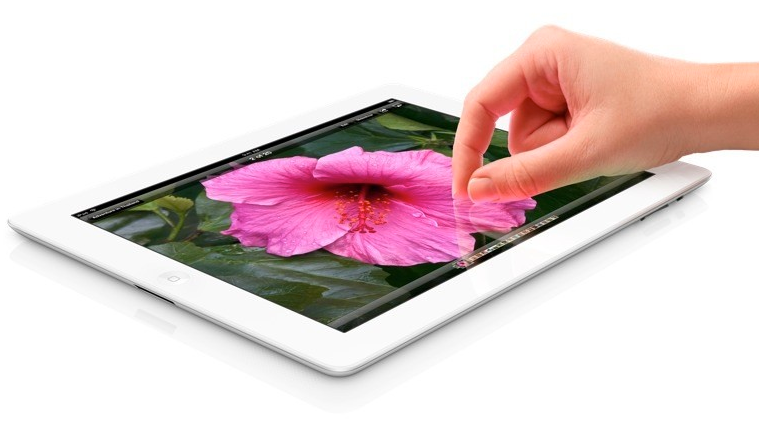 Narrowing the gap between tablets and digital cameras, the back-facing iSight camera now shoots 5-megapixel images and captures clear 1080p video. The new camera was engineered with a  side-illuminated sensor, an infrared filter, and a 5-element lens. This means that you will see sharper pictures and more vibrant colors. Unfortunately, Apple is eccentric with marketing and has made sure that the iPad camera doesn’t  capture pictures as well as the latest iPhone camera (which can take 8 megapixel pictures). In support  of video calling with FaceTime (does anyone actually use it?), the front-facing camera remains at the top of the iPad.

Apple’s engineers work hard to make their products fast and responsive, and the iPad is no exception. The home brew A5X processor with quad-core graphics drives gives the iPad the power it needs to smoothly control the 3.1 million pixels int he Retina display. What’s more impressive is that Apple still says that the iPad battery life is 10 hours. This statistic probably assumes that you use the iPad for casual tasks like browsing the web and reading ebooks. If you were to play the new Infinity Blade: Dungeons game (also announced during the keynote) on it, I’m sure the battery would drain away within a couple of hours.

Like the iPad 2, the new iPad supports wireless network connectivity. However, it steps up its game by providing 4G LTE, which allows for up to 73Mbps download speeds. This speed is theoretical, and it is highly likely that you will frequently find yourself in an area without a high speed network. It has support for HSPA+, DC-HSDPA, CDMA, and GSM networks on both Verizon and AT&T. Plus, there is the option to upgrade to a plan that lets you turn your iPad into a personal Wi-Fi hotspot. Keep in mind that buying an iPad with wireless network support will set you back an extra $100-ish dollars.

When typing out anything from a  search query to a long email, there will be an inconspicuous little  microphone button that, when tapped, will enable you to dictate what you want typed on your iPad. There is no doubt that it will make mistakes, but, since it was most likely based off of Siri technology, I bet that it will be quite accurate. 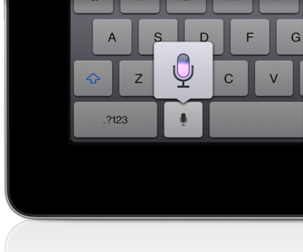 You can analyze all of the technical specifications at Apple’s product info page, but the most significant aspects are that is weighs a mere 1.5 pounds and that it is 0.03 inches thicker (0.37 inches) than the iPad 2. Below I have composed a table that shows the pricing for the three different models of each iPad version:

You can pre-order an iPad now, and iPads will start shipping on March 16. Those are the same prices as previous iPad models, so it’s a good deal in that respect. However, it’s a bit expensive for a tablet computer (especially when there is the alternative of a cheap netbook). It’s important to remember that one of the reasons Apple products cost so much is because they provide a lot of free customer support.

Will you be buying the new iPad? Why or why not? Comment!