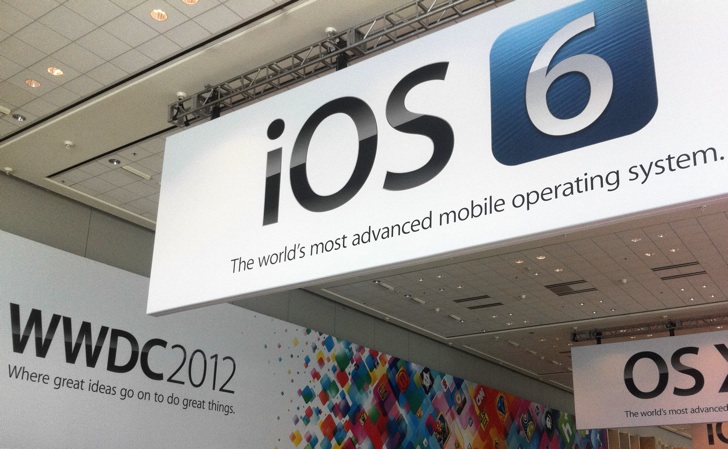 On Monday, Apple introduced a multitude of new product updates at its annual Worldwide Developer Conference in San Francisco. The most significant announcements included an update to the MacBook Pro and the release of iOS 6. Additionally, Apple shared some new features that will be in Mac OS X Mountain Lion when it is available this July. Overall, this year’s keynote was very impressive and information packed. If you want to watch the entire two hour presentation, you can view it here.

After the comedic Siri opening, Tim Cook jumps to describing some astonishing statistics about the app store. To date, 650,000 apps have been created for the app store, and 225,000 of those were made specifically for the iPad. Plus, over 400 million app store accounts have been created, having collectively downloaded over 30 billion apps.

The MacBook Air received some minor updates. The camera has been replaced with the same 720p HD camera that is in the MacBook Pro, USB 3 and Thunderbolt are now supported, the flash storage is now up to 4 times faster and can store up to 512GB of data, the old processors have been replaced with Intel’s i5 and i7 processors (effectively enabling 60 percent faster HD graphics), and up to 8GB of memory can be installed. All models are $100 cheaper than their predecessors, and they are already available.

Perhaps the most extreme and controversial update was that of the MacBook Pro. The original models that have been around for several years are still available. They have received the same hardware updates as the MacBook Air, with the addition of G3Force GT 650M graphics for the 15-inch MacBook model that allow for 1GB of video memory and 60% faster discrete graphics. It has been available for purchase since Monday. 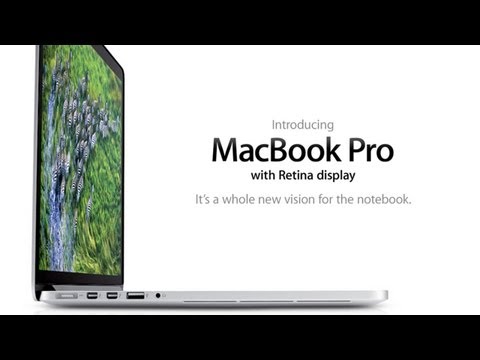 An entirely new model of MacBook Pro, referred to as “The Next Generation MacBook Pro”, was also introduced. At 0.71 inches, it is extremely thin. It weighs in at a mere 4.46 pounds, making it ideal for mobile usage. Surprisingly, the new MacBook Pro boasts a retina display, just like the ones on the latest iPads and iPhones. It crams four times the amount of pixels into the same amount of space! Mountain Lion and and all of its default applications, such as iPhoto, have been updated to take advantage of this new display. It is worth noting, however, that not all graphics are made for such a screen, making it’s usage slightly limited. That’s not the only update to the screen, though. It has a wider viewing angle, and glare has been reduced by almost 75 percent.

The insides of the new MacBook Pro have been reworked both to fit in such a small space and to make it a more powerful machine. It can be configured with up to 16GB of memory, the next-generation Kepler graphics, and up to 768GB of flash storage. Even with all of these resource demanding features, the battery can last up to 7 hours on a single charge. The ports on the side include an HDMI port, a USB 3 port, and a Thunderbolt port. 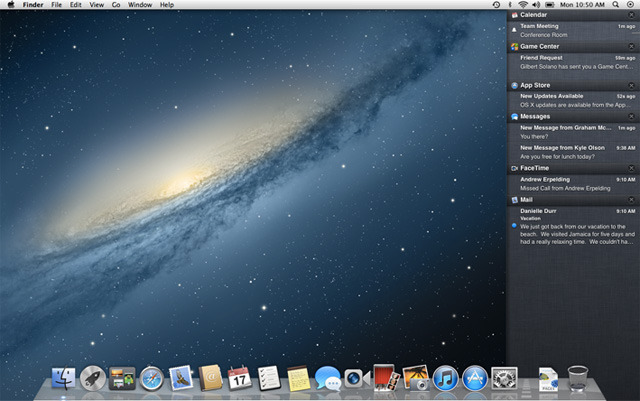 Mac OS X Mountain Lion has been around for a while now, but it is only available to developers. Since it is still in development, new features and bug fixes are being added all the time. Some of the greatest new features that were described during the keynote include built in iCloud support for a large variety of apps, a notification center (just like the iOS one) that can hook into all applications, a built in speech to text dictation utility (like on the iPad), a share button that appears in various places around the operating system, a new Safari that syncs tabs across devices and has a bar that unifies the URL and search fields, a Power Nap application that keeps the Mac up to date while it sleeps, a 1080p Airplay screen mirroring utility, and a built in Game Center application for the Mac. Mountain Lion will be available in July for $19.99.

The next major version of Apple’s mobile operating system, iOS 6, was revealed, and it sports a handful of cool new features. For one, Siri can now answer questions about sports, restaurants, movies. Also, Siri can launch apps with a quick command. In a partnership with several car companies, Siri will be accessible through a button on the steering wheel that controls the iPhone. Greater language support is provided, and Siri can now be used in French, Spanish, Italian, Korean, Mandoren, and Cantonese. iPad users will be able to use Siri in iOS 6.

The default phone app on the iPhone has a few more enhancements. From the homescreen, incoming calls can be declined or replied to via a text. If the call is declined, the phone app will remind you later to call them back.

In the settings menu, a new option, Do Not Disturb, is available. It will enable users to turn off all or most notifications.

FaceTime will be possible over cellular networks. Plus, FaceTime calls to your phone number can be answered from any FaceTime enabled device.

Mobile Safari will support synced tabs and an offline reading list. In a major functionality leap, javascript image uploaders will now function in Safari. On websites that also have a native app, a banner will slide down alerting the user of that app. Fullscreen support will be available with the tap of a button while viewing a web page in landscape mode.

Photos from the photos app can be shared with friends through shared photo streams that appear as new albums. These photo streams can be viewed across all devices.

Contacts can be marked as VIPs, and notifications, emails, and texts are all marked with a VIP badge.

In the mail app, photos and videos can easily be inserted into composed emails.

An entirely new app was developed for iOS 6 called Passbook. Passbook organizes tickets and passes for a large variety of services and supported apps, and notifies users when those tickets should be used.

iOS 6 will feature a lot of new accessibility features. The most useful one is called Guided Access, and it allows people to turn off parts of an app so that disabled people don’t accidentally tap them and leave the app.

The Maps app has been recreated from the ground up. It no longer uses Google’s mapping data; Apple has created their own mapping service. It has features like business and traffic information. Most significantly, turn by turn navigation has been implemented. It acts as an elegant and extremely intelligent GPS that uses Siri for controls. While viewing maps, 3D models of major cities can be viewed and navigated through.

What’s your take on this year’s WWDC? Will you be buying and using any of these new products? Why or why not? Comment and share your opinion!