Watch any action movie and there is sure to be a scene where some soldier or cop is stuck facing the enemy in the dark and lo and behold he just happens to have night vision goggles that let him see perfectly and win the fight. Or maybe it is the bad guys who have the night vision and the resourceful hero turns the lights on and blinds them. We are all familiar with how night vision works in the movies; the question is how does it work in reality? Can night vision allow you to see even in pitch dark? Read on to learn how night vision works. 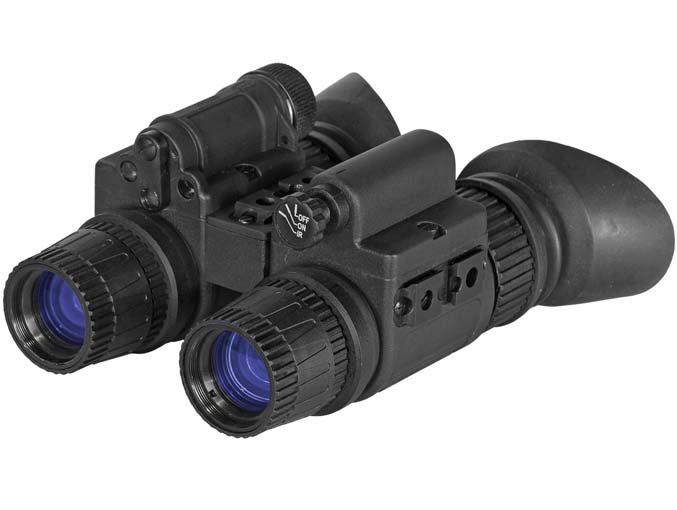 To understand how night vision works it is important to understand the difference between light and heat. What people typically think of as night vision really encompasses two separate technologies; light amplification and thermal detectors. Night vision works by amplifying existing light and projecting the image on a screen for a person to view. Thermal imaging works by picking up light released by warm objects and projecting it on a screen to be viewed.

The visible light spectrum that the human eye can see is right in the middle of the entire spectrum of existing light. On the low end of the light spectrum is infrared light. This type of light is further divided into three different sub sections: near-infrared, mid-infrared, and thermal infrared. Night Vision Devices (NVDs) capture the near and mid infrared light and send it through a lens. Light is made up of particles called photons. Inside the NVD, these photons are sent through glass tubes that are made using fiber optic technology. The photons first pass through a filter that converts them into electrons. When these electrons pass through the glass tubes, they crash against the walls and create more electrons. This results in far more electrons coming out of the tubes than entered. These electrons are still in the same positions; it is just that there are more of them. These multiplied electrons then pass through another filter that turns them back into photons. These photons are read and then converted into electrical signal that produce an image on a screen. The result is the image shows much more information that can be viewed by the naked eye. The image has a green tint as a result of the process.

Thermal vision also works by detecting infrared light but not infrared light being reflected by objects in the environment. Thermal imaging devices capture the thermal infrared that is emitted by all warm objects. Basically, all objects are made up of atoms, and these atoms are always in motion. That motion gives off energy in the form of heat. Thermal imaging devices detect that infrared light and convert the greater amounts into white colors and low levels into dark colors. The result on a screen is that warm objects such as humans are light colored and the inanimate objects around them are darker. Using this technology, it is easy to see if a person (warm) very far away is holding a gun (cool).

So it turns out that you really can see in the dark using night vision technology. And thermal imaging can show the difference between cool and warm objects even in complete darkness. This technology has been put in rifle scopes, binoculars, goggles, and cameras. For once Hollywood really was not exaggerating.

Author bio: Craig Pearson is an avid hunter, outdoorsman, and adventurist. His main passions are hog hunting in Texas and writing about his many adventures. He currently blogs for nightvision4less, a supplier of high quality night vision equipment.