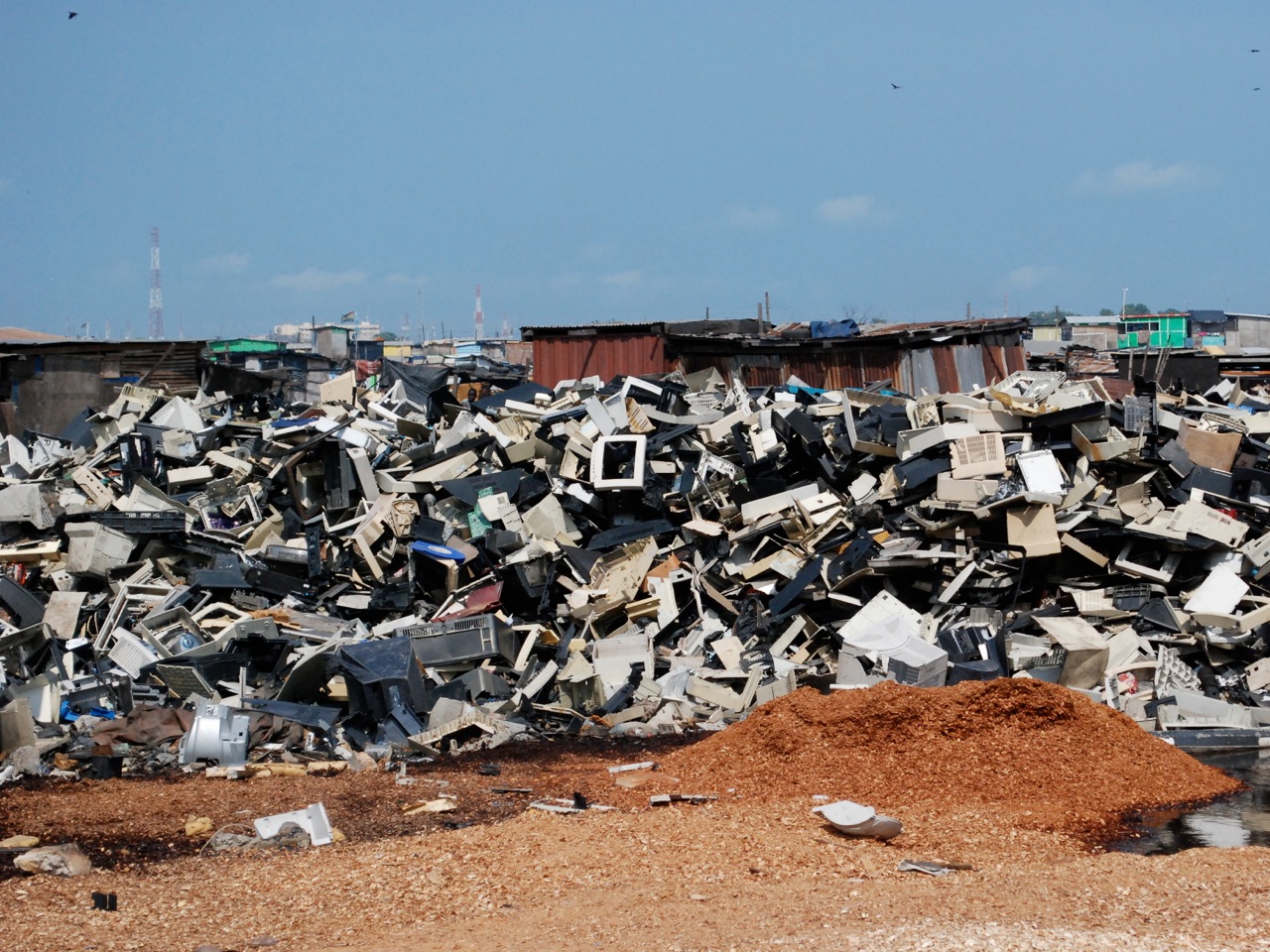 While ‘being green’ is becoming one of the newest and most popular trends for companies, most consumers are bucking the trend. Many people wonder what happens to their electronics once they toss them in the garbage bin, and it’s probably much more complicated than you think. In third world countries there are towns and villages dedicated to the scrapping and resurrection of our trashed electronics. The reason that there are towns revolving around this electronic trash economy is because it provides these people with a means of income. This, however, comes at a price.

First thing is first, how do all these electronics make their way to the inlands of Indian and Asian countries? It is mainly through exporting by the large global companies. These shipments are received and taken to several distribution points; most communities propped up by this electronic opportunity are extremely impoverished and dangerous. When brought into these communities, they are salvaged by the locals who start to burn the metals through a chemical process which produces toxic fumes and breaks down the bodies of many once healthy individuals. The metals they are looking to salvage are the trace amounts of gold and silver that were used in the production of these electronic circuit boards. This very dangerous job is only compounded by their surrounding area and lack of proper equipment and education on the hazards of dealing with the thick black fumes emitted from the burning debris.

However there are many “computer districts” in impoverished countries, where the used and refurbished computer is king. These districts are well known for their cheap computers bringing a sense of affordability to peoples of little means. There is no frowning upon the rampant computer piracy, as it is seen to the locals as normal as anything else. Since this is a field that does require not much skill, in terms of the assembly and disassembly of computers, there can be rampant competition in these parts. Thus the entire economy as a whole is in a fragile balance of give and take because vendors are located right next to each other.

The saddest part of all this is the children that are brought up in this way of life. Thinking of nothing save for going out to the local scrap yards, many times located within a short walking distance from their house, and getting on their hands and knees. They grab circuit boards and begin to tear away the metal by hand. In a single round of work they can, with great effort, strip away the precious metals that they seek only to come home and brew a stew of metal. Cuts are frequent, so are burns, and so is the illness of health. There is little support provided by the government, and local health professionals are far and few between. Since there is very little in terms of education, with information being a scarcity, you will find the at most do not understand that they are slowly poisoning themselves and their potential offspring by pursuing this method of life.

What can you do to prevent your computer from ending up at a place such as this? Unfortunately, not much. Unless you can personally track and follow the movements of your discarded computer, there is very little certainty about its final destination. A lot of times, these “Green” computer recycling companies’ sole intention is to export all the junk they collect. Which, in turn, they sell to the person willing to pay the most for it. And then the circle of life continues, and you may have just contributed to it. However disconcerting this may be, life does go on and until the government decides to step in, very little in reform will be enacted.

Thank you for reading! I hope I have made you more aware about the sad truth of our electronic waste. Please visit me at the USA Computer Store in Broward Florida! And we are well known for computer repair Fort Lauderdale and computer repair Broward.