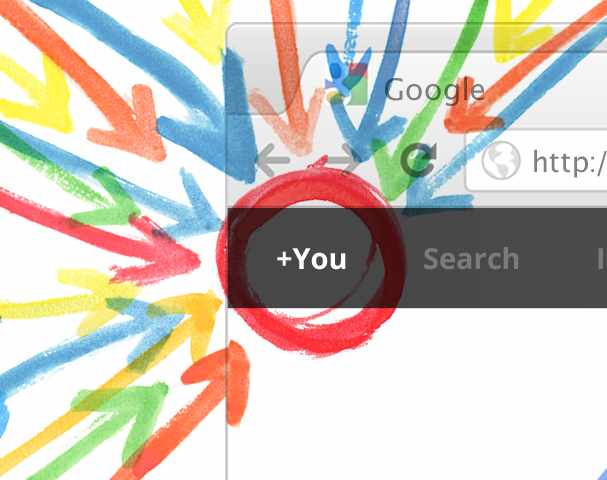 Google+ has been available for over 90 days, but until now signing up required an invitation. During the first couple weeks, invitations were a little hard to come by because Google locked down invitations shortly after launching Google+. Eventually, Google offered every user 50 invitations to hand out, and the user base skyrocketed to over 20 million. To put this into perspective, Facebook has over 800 million users, and Twitter has over 100 million.

Starting this week, anyone with a  Google account will be able to create a Google+ account. Well, almost everybody. Since Google+ has been so successful as a private service, I expect many more millions of users to join the young social network. The real question, the one that has Mark Zuckerberg, Dick Costolo, and Larry Page holding their breaths, is just how many more. Will it surpass the popularity of Facebook and Twitter? Will it become the hottest social network on the world wide web? This episode doesn’t have a fast-forward option, so we’ll just have to sit back and watch the show.

Some of the reasons that Google+ has potential include such unique features as Circles and Google Hangouts. Circles enables users to categorize their friends and share content with only certain categories of friends. This simulates the social relationships that people have in their everyday lives. Google Hangouts takes group video chat to a  whole new level. Not limited by the 2 participant video calls that Facebook offers, Google+ users can quickly create a hangout with people from their Circles. And, as I’m about to describe, a whole lot more.

When you’re participating in a Hangout, you can open one of your existing Google Docs or create a new one. The Google Docs editor will appear right next to the videos of Hangout participants, and all active video call participants will be able to edit the document. This introduces a new level of online document collaboration! Services like Zoho and Etherpad provided a great collaborative document editing service, but they lacked voice and video chat. Plus, their document editing software isn’t quite as capable as Google Docs. On an interesting note, Google bought Etherpad a year or so ago. 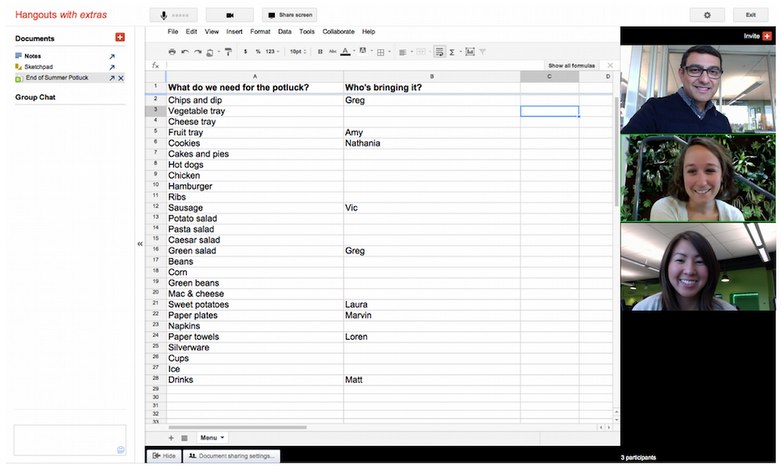 Screen sharing is pretty self explanatory, Hangout participants can share either a portion of their screen or their entire screen. I can see this being great for gaming, meetings, tech support, and presentations.

When I saw SketchUp on the list of new features, I nearly wet myself. I thought it was referring to  Google’s amazing 3D modeling software. As it turns out, this SketchUp is actually just a diagram and simple drawing editor. Everyone in the Hangout can contribute to a diagram or drawing once a new or previously saved sketch has been loaded.

What’s that? You don’t have a Google+ account yet? Well you can hop on the bandwagon at https://plus.google.com/ . Alternatively, click on the big blue arrow that is currently on Google’s home page. 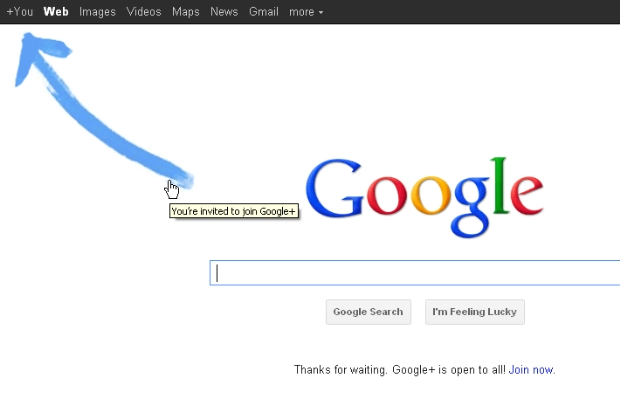