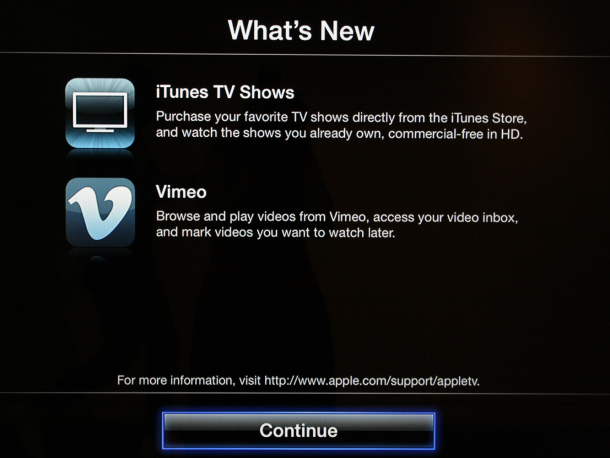 Apple just released an update to the Apple TV software. Increasing the software version to 4.3, the update brings two main features. As pictured in the update screen above, users of the second generation of Apple TVs can now purchase and play TV shows from iTunes. In addition, the entire database of videos on Vimeo can be easily accessed via the “internet” tab.

For those not familiar with the device, the Apple TV is a small, $99 box made by Apple that, when connected by HDMI to a compatible television, allows users to rent and purchase content from iTunes, as well as view media from internet sources (such as Netflix and Vimeo). It is also capable of displaying/playing images and audio from your computer. For more information, you can check out Apple’s website. 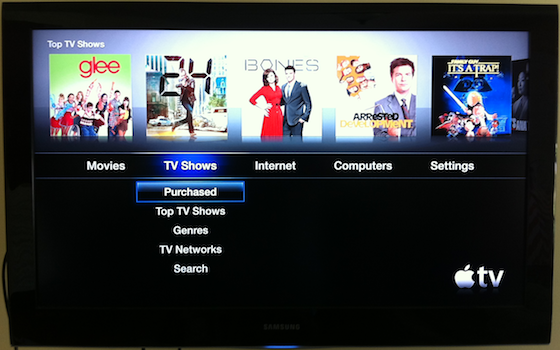 In the past, the only way to view premium content on the Apple TV was to rent a movie or TV show. Now, you can purchase and play TV shows and Movies right from the Apple TV. Plus, you can view your iTunes purchase history and play movies that you have bought on other devices. All content is streamed from Apple servers, since there is only a small amount of built-in storage. This could easily save the Apple TV from it’s current unpopularity, as the biggest downside to the Apple TV was a limited content library (due to difficult licensing deals for rentals). 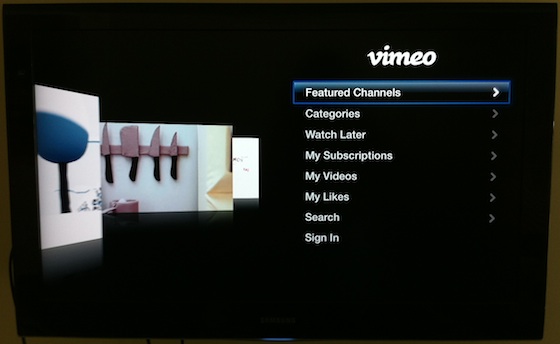 Vimeo: Browse and watch millions of user-uploaded videos found on the Vimeo service, for free.

Prior to the addition of Vimeo, the only internet services that could be accessed from the Apple TV were Flickr and YouTube. They are both great services, but the more media the better. With Vimeo, Apple TV owners will now have many more millions of videos to watch.

You’ve probably heard of Vimeo if you are a watcher of many videos on the internet. In case you aren’t all that familiar with the service, it is a video sharing service (like YouTube) that has a high standard on quality. It encourages users to upload creative, HD videos made by themselves.