Earlier today, a new version of Skype for Mac was released. You probably already have a version of Skype installed in your personal computer or smartphone, but I’ll summarize anyway. Skype is the largest player in the VoIP (voice over internet protocol) game and was recently bought by Microsoft in an 8.5 billion dollar deal. Main features of this nifty application include video chat, text chat, voice chat, and calling to both landlines and cellular phones.

With this update comes a number of new features that may change the way you communicate with friends and colleagues such as group screen sharing, easy access to active conversations, and video in the call control bar.

Since as long as I can remember, there has always been a simple button that you could press to share your screen during a one-on-one video chat. It worked quite well, and I used it frequently. Although I have never had the need to participate in a group video call, I can understand the need for screen sharing. With it, you can easily share slideshows, give instruction on how to perform certain actions on the computer, and help troubleshoot computer problems. However, there is a catch to this new feature. At least one of the video call participants must have a subscription to Skype Premium. It seems viable that you could split the bill with some fellow Skype users and share one account that you would use to initiate a group video call. If you insist on not paying a dime for Skype, then this new feature is rather useless to you. 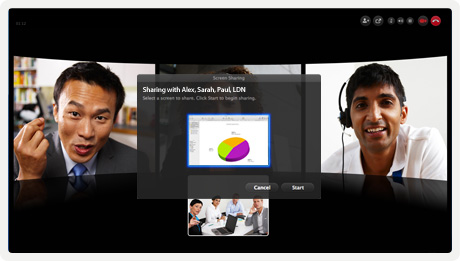 Another new feature that will interest you chat enthusiasts is easy access to active conversations. In the sidebar of the chat window, there is now a “Recents” section that will display conversations with recent activity. Below that, there is a link to the history window that displays all conversations no matter how active they are.

The last significant feature added in this update is video in the call control bar. When switching to another application during a Skype call, a little window will pop up that will allow you to still see the person you are talking to and access basic controls. 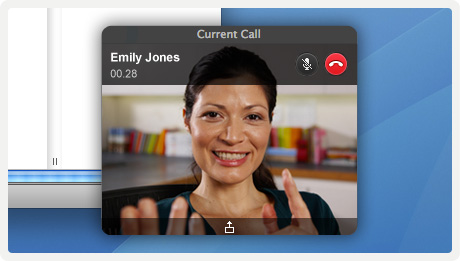