We recently reviewed the top 10 RPGs for iOS, and I think it fitting to now do a list on the top 5 MMORPGs (Massive Multiplayer Online Role Playing Games). In these games, you play a character that interacts with other players from around the globe in a virtual world. Sounds crazy, right?

Price: Free with in-app purchases to unlock areas and items 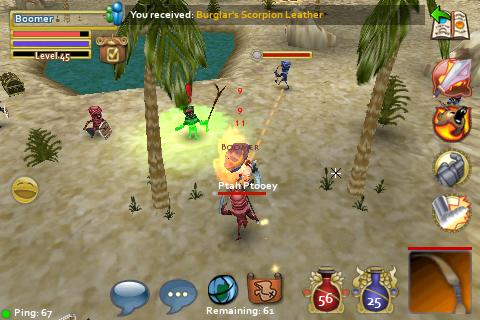 As you start the game you will be asked to choose one of three classes. Each class has its own advantages and disadvantages. The game itself consists of venturing through many dungeons and other areas in the process of completing hundreds of quests. In addition to completing quests, you can compete in player vs. player tournaments. The virtual world is composed of many towns, and within each town is a portal. These portals lead you to the dungeons and forests where most of the gameplay occurs. Overall, the map is fairly large. Each player can advance at certain skills and friend one another. Another feature that makes this MMORPG different from others is the incorporation of playing in groups, or “parties”. In fact, it is almost impossible to complete levels and quests without playing in groups! All in all, Pocket Legends is an impressive MMORPG for all iOS devices that has highly respectable graphics, MANY hours of gameplay, and many original features.

First off, I think it worth mentioning that this game used to be $4.99, I believe that that says a lot about the quality of this game and the effort that went into it. Also, you Game Center users will be glad to hear that Yslandia supports… uh… Game Center. In addition, the game:

The only negative qualities of Yslandia that I have noticed are come of the graphics, a sometime slow gameplay, and the incredibly small amount of online players at any given time.

Overall, it’s a pretty cool game and, since it’s free, what have you got to lose from trying it? 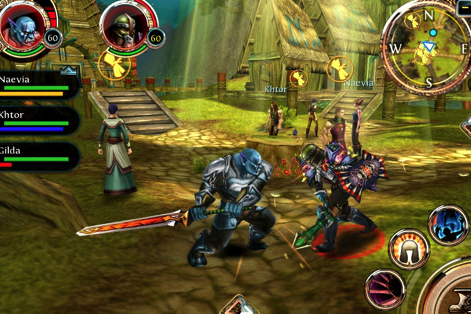 Order & Chaos Online is basically a fairly well made World of Warcraft clone. It has great controls, beautiful 3D graphics, and enough hardcore gameplay to keep you occupied for many, MANY hours. That’s all there really is to say.

4. The World of Magic

Like Yslandia, The World of Magic has impressive 2D graphics. When you start playing, you are given the option of three classes: archer, warrior, and mage. Each of these classes sports an large skill level system, and unique abilities. Gameplay largely involves PVP fights, exploring a massive world, and wandering through endless dungeons while fighting monsters. Other fun features include guilds and parties.

Similar to Order & Chaos Online, Anrufen isn’t for casual players. It requires dedication to get anywhere. As for graphics, all objects are presented as 2D sprites and most textures are high quality. You play the game from an isometric point of view. When you begin playing, you can become a wizard or a warrior. Gameplay consists of fighting many monsters alongside other players, or going all-out PVP.

Some other games that didn’t quite make it on the list: