RPG Games are quite prolific and there are a million of them on the app store. It may be hard to sift through them to find the best RPG games, so here is a list of my favorites.

Chaos Rings is arguably one of the best RPG Games out there. It plays similarly to Final Fantasy, and is created by the same company. The reasons I list this as the best RPG game are the following: It has great graphics, the story is excellent….You get the picture. The only downside of this app is its large price tag. 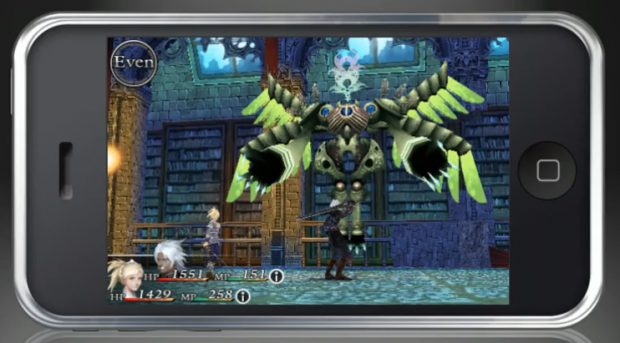 This game does not compare to Chaos Rings in the quality of graphics, but still has very good cartoon graphics. As you can see, RPG games cost a lot more money than other games, due to the depth of story and hours of gameplay…I find myself advertising this app rather than reviewing it. If you choose between Crimson Gem Saga and Chaos Rings, the latter is far superior. Try this out if you don’t want Chaos Rings.

I feel like Gameloft makes intentionally cliche games and/or copies other games and dumbs the game down a bit. But Dungeon Hunter was a pretty decent game despite the fact Gameloft has a tendency to “rush” their games. It has good graphics, as well as a certain complexity to the game that is not too annoying, but not too easy.

Necromancer Rising is a grotesque game. It uses a graphics engine called SouL EnginE. This engine is not like the average, polished graphics, but then again, if it had those “polished graphics” it may not suit the game as the developers wanted it too. If you like nightmarish RPG games, this is a quite interesting game to try out. 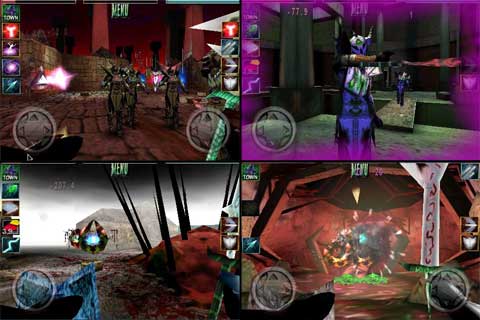 Across Age brings back those graphics with those tiny little cartoon figures that could only move in 4 directions. Who doesn’t love those? Lots of people. But other then the fact people have opinions (Gosh darn it, people!) it is still a quite nice game. It doesn’t have the full length of most of the RPG games listed above, but it is good for those of you who do not want to spend $13 on a game that you just may not enjoy.

Inotia is similar to Across Age, but I liked it less. Just a personal preference. Other then that, it is just a standard RPG game with a different storyline.

Chillingo is one of the most prolific iPhone Game Developers, similar to Gameloft. Ravensword: The Fallen King was created to counterbalance Dungeon Hunter. Dungeon Hunter, as you can see, got a higher rating from me, and here is my justification. Ravensword has a great sandbox style of gameplay. You can adventure through your land and complete the story without having to follow a specific path. But it’s frame rate gets messed up during gameplay and can be somewhat glitchy from time-to-time. Dungeon Hunter, though it has a specific path of gameplay, does not have the problem listed above. Other then that, Ravensword is a good RPG game and you should try it out, if you have been taking good care of your iOS device. 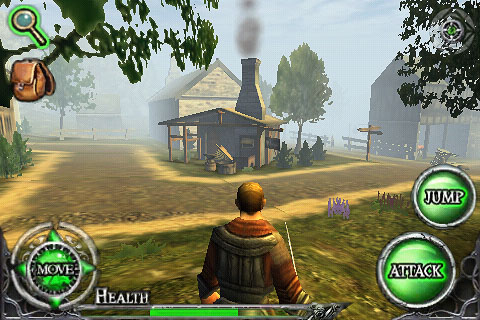 Very Nice Graphics, as you can see

I like this game a lot. It is quite realistic in its gameplay, and has good graphics considering the iPhone being what it is. Here are some of its features straight from the iTunes description:

– Cloud Save: Save your game progress and access it on multiple IOS devices

– Over 30 hours of gameplay

– Unique Skill Trees for each class

– Hundreds of items to acquire and wield

– Pets and henchmen to help you in your quests

– Save system with 6 different save slots 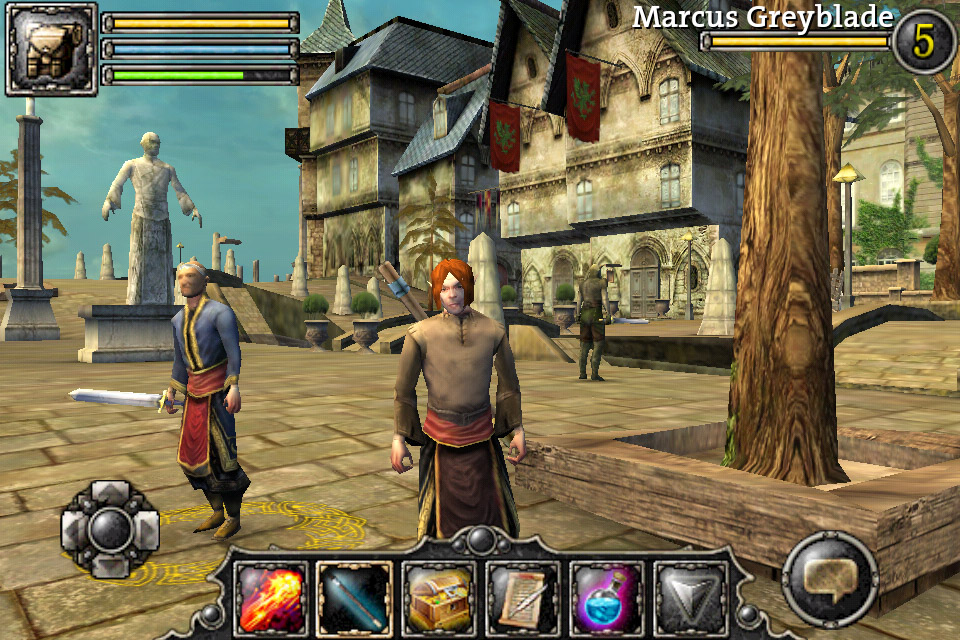 The Quest uses old style graphics. The Quest uses a first-person perspective. It follows the basic RPG format of collecting items and using them as well as leveling up. It was one of the earliest RPG games to hit the iOS App Store.

Underworlds is also an early RPG game to hit the App Store. The graphics are very old school, as well as the gameplay. The actual storyline follows a thriller/horror basis, which makes the game more enjoyable. 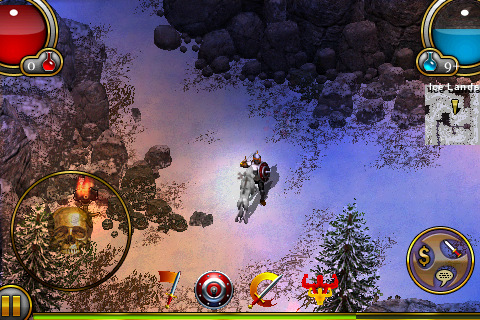 I hope you found this list useful! If I left one of your favorite RPGs out, then please leave a comment about it!