Most video game developers require a solid game engine to make a successful game (I say most due to the fact Zork is a text-based adventure and is quite popular). But the big game developers develop their own engines for their own uses such as Epic Games and the Unreal Engine.

The Unreal Engine is something spectacular, but not for all uses. Small gaming companies and even individual gamers tend to use other types of Game Engines.

Unity3D is one of these game engines used by many of the individual developers and small time developers. And for good reason. Unity3D has an apotheosis of versatility; it can be used to mobile games and computer games. It requires commonly used programming languages; Python, Java, and Boo (a Python dialect).

Many developers have been using Unity3D. The developers behind the iPhone apps Battle Bears, Air Attack, Age of Curling and Ravensword: The Fallen King have used Unity3D to make their apps spectacular. The full list is on the website. If you were to check it out, you would notice that Unity3D is not limited to iPhone, but includes Android, Desktop, and Website-related games.

The main reason for the popularity, is not only the programming not a convoluted mess of languages, and so is the actual graphics development. It is a straightforward path to creating a game. Though I say this, it is not for those who just want to pick up a program and build iPhone apps. It requires some previously acquired skills. But for those programmers looking for an alternative solution, or those who are willing to learn a new platform to expand their knowledge, this is the way to go. It is a very useful tool, and should be used, if one does not have a better option.

I add one more topic to this Unity3D post. My admin reminded me of a key factor that makes Unity3D so plausible. It is the fact it has a slimmed down free-version that is good for trying out, and if you want to try out Unity3D to experience the awesomeness, you should check out the free-version before upgrading it. Just thought I’d throw that in. 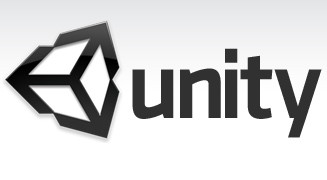