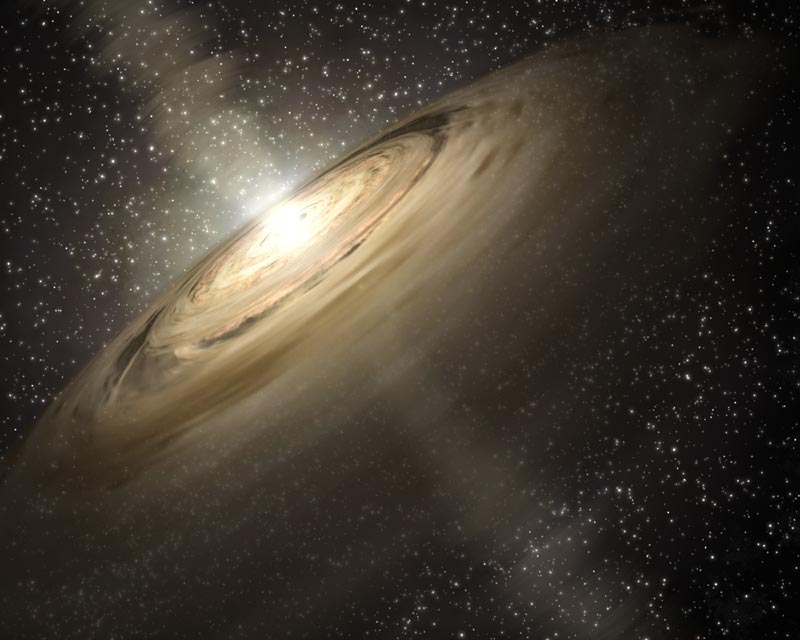 For years now scientist have been plagued with the following question: how do we leave our solar system and enter a new one? There have been many theories for exotic new space engines each one more effecient then the last one. The purpose of this article is to explain several different methods of travel. The current method of space travel is highly ineffectient and will take 168,000 years going at its constant 28,300 Kph. And let me remind you that that is to Alpha Centauri (4.3 light years away), the closest star to us. To go to stars that are just a bit further would take millions and to reach the other side of the galaxy would take 3.636364*10^9 years. By then our home would be long gone. But fear not, there are other ways to travel through the universe. Here is a list of just a few. 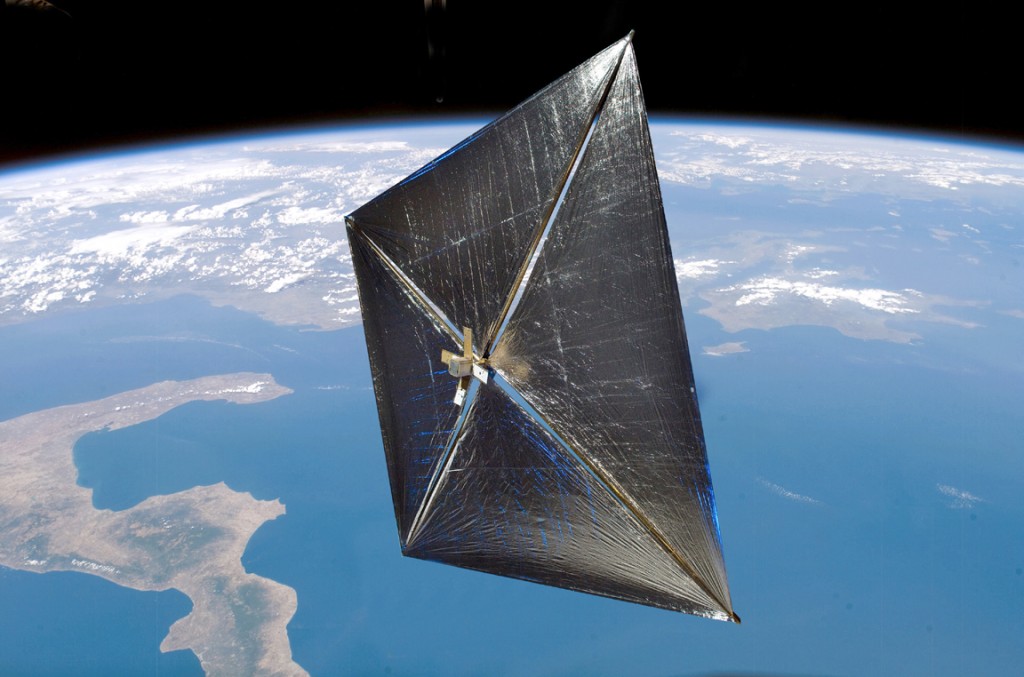 Photon sail: What a Photon sail is a sail that is about 100 miles in diamiter that would be used to tow a spaceship. Like a sail boat, the sail would be pushed by a source except that in this case it is a highly concentrated beam of photons (A.K.A. a laser) instead of a gust of wind that would be propelling it. This method would allow us humans to travel at 64 million Mph or about 10% the speed of light.

Fission explosions: A fission reaction occurses when an element becomes to heavy and splits into 2 smaller elements. When this happens it creates a large and extemely violent explosion. This is the exact type of explosion that would occur in a nuclear bomb. The reaction would cause a series of explosions each one propelling the spaceship futher. These explosions could be extremely dangerous but when used correctly could have a monumnetal effect. This method of travel’s top speed would be about 32 million Mph or about 5% the speed of light. Though this method of travel is much slower than a photon sail it is much more effectient because it requires much less resources to power. This series of explosions was origanaly proposed in project orion.

Fusion explosion: Origionaly proposed in project Dedalues a form of spacetravel using a fusion reaction opposed to a fission reaction was proposed. What this fusion reaction does is at the base of the the space ship there would be a smaller sized partical excellerator with several Heleium-3 particles excelerating. Then in the the center of the excellerator would be a single dueterium (Heavy water) atom floating. As the He-3 particles spin they start to pick up speed at the same rate. Then at the same time they release smashing into the Dueterium particle in the center. This would create a much larger explosion then the fission reactor and would use alot less fuel than a conventional rocket. It is estemated that fusion fuel the size of a grain of sand would be the equvilent to 10 gallons of conventional rocket fuel. The dueterium would be aquired from sea water and the He-3 would be extracted from Jupiter or saturn. One of the advantages of having a fusion reactor over a fission reactor is that one could go to new system and “refuel” by borrowing their rescources. This can also be done with a fission reactor in theory but one would have to go mining to find the radioactive elements needed for the reaction. The He and H need for the fussion would be much easier because it is estimated that 98% of all matter in the universe is H and He. There is no estimations for the average speed of this spaceship but is estemated that it would be alot more powerful than the fission reaction considering that a hydrogen bomb is about 50 times more powerful than a atomic bomb.

Antimatter explosions: Following the same concept read in the last 2 posts one could use Antimatter as an expolsion source to propel a ship. When Antimatter comes into contact with matter it creates a violent explosion. The only effectient way to obtain antimatter is to create it in a hydron super collider. To put antimatter into perspective, it takes about 10 milligrams of antimatter to take us from earth to mars. And 1 milligram is about .001 the size of an M&M candy. Though that may not seem like alot it does take massive amounts of energy to obtain and store this amount of antimatter but the payoff is worth it. Antimatter produces Gammarays which happen to be the smallest wave lenght and the most powerful know to us. That being said Gammarays are so deadly they can melt through iron as if it was butter. Because we are talking about Antimatter, you can just stuff them in a bottle like all other fuel, Antimatter has to be stored in an electomagnetic field to make it less volitial. This Antimatter space ship could travel at a whooping 448 million Mph or 70% the speed of light.

Blackhole tow: One final theory is the Blackhole tow. What a black hole does is it warps space around it to create a sort of spacebubble. What this spacebubble could do is bend space around the space ship to tow it. This Blackhole would compress the space in the front of the ship while expanding it in the back. This would make it so the spaceship in theory never moves at all, but instead pulls space towards the ship. This would be devestating though if you were to approach the because it can tear through it in a matter of seconds. This blackhole tow would allow you to “travel” at speeds faster than light. The reason why this doesn’t defy Einstien’s theory of special reletivity is because Einstien stated that nothing(energy or matter) could move faster than the speed of light, this isn’t moving faster than the speed of light. In fact it isn’t even moving at all. It is simpling pulling the fabric of space towards you. For example lets say that you have a ball sitting in the middle of the rug. You could either walk over and pick up the ball, jog over and pick up the ball, run over and pick up the ball, or you could just not move at all and pull the rug towards you with the ball sitting on the top untill it reaches where you are sitting/standing.