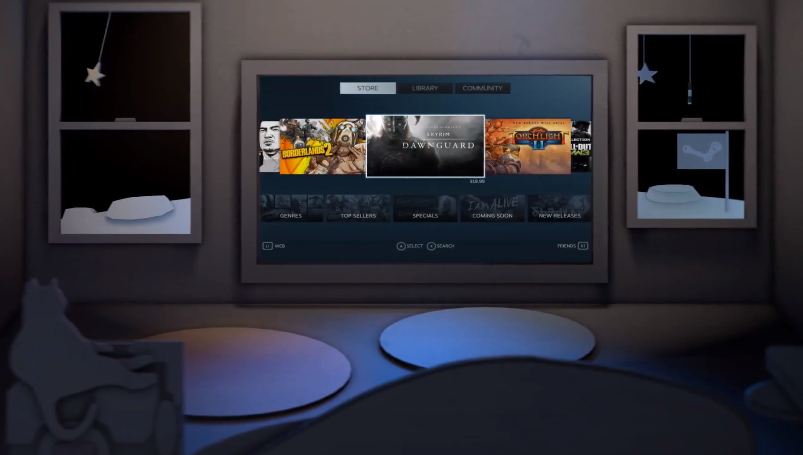 Fans of the online video game store Steam will be delighted to hear that a new feature called “Big Picture” will let them take their favorite games to their living room. Big Picture lets users activate a simple TV friendly interface for Steam, and navigate through it with a video game controller. Everything from the desktop version of Steam is still accessible; you can chat with friends, play games from your library, and shop in the store. In addition, Big Picture boasts a “First-Person Web Browser”, which means that you can surf the web using your controller right from the comfort of your couch.

In order to make Steam TV and game controller friendly, designers crafted large tile-based interfaces for the game library and the game store . Also, a unique “DaisyWheel” makes entering text faster and easier. Simply navigate between groups of four letters using the d-pad or analog sticks and tap a corresponding face button to choose a letter. 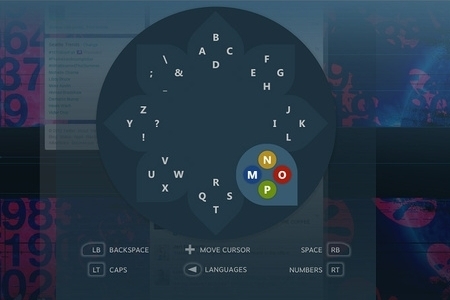 Since this feature is currently available in the Steam Beta, you will have to turn on Beta Participation for your client by going to Steam -> Settings. Click “Change” in the Beta Participation section, and select “Steam Beta Update” from the dropdown menu that appears. Your Steam client will now update to the newest Steam beta release after being restarted. Hit the “Big Picture” button in the top right corner of Steam to switch to the new interface. Big Picture is currently only supported on Windows, but Mac and Linux users can expect to see it in a future official release.