Jailbreaking your iPhone, iPod Touch, or iPad enables you to install thousands of apps and tweaks from Cydia. If you’re reading this, you’re probably considering jailbreaking your device, or you have recently jailbroken it and you’re wondering what useful and fun software you can now install. If either of these is the case, then you’ve come to the right place! In this post I will present to you what I have found to be the greatest tweaks and apps from Cydia, along with their corresponding repositories and prices.

If this is your first time downloading and installing packages in Cydia, it may seem rather confusing. Allow me to explain: Cydia is merely a means of searching for and installing software from software repositories of your choice. The only tabs you really need to know about and use are the Manage and Search tabs. You start off connected to several major sources that host the most famous and useful tweaks and apps, but you may wish to add sources in order to install specific packages. To do this, hit the Sources button in the Manage tab, tap “Edit”, and press the Add button. Once you have added a source you can search through its packages in either the Sections tab or the Search tab. Using the latter is much more efficient and helpful.

SBSettings has been around since the beginning of jailbreaking. This famous package lets you create a gesture  or button combination (using Activator) that will cause a slide-down settings window to appear. It allows for very fast and convenient access to frequently changed settings.There are also come powerful controls in the bar under the settings options. For instance, you may want to respring your device every so often after applying or disabling a tweak on your device. In addition, you can see important statistics, such as available storage, a the bottom of the window. For even further functionality, 3rd party widgets are available for the SBSettings window.

The default theme is rather ugly. I recommend choosing the “Serious SBSettings HD” theme in the SBSettings options window.

SBSettings works across all versions and models of iOS devices, and it can be found in the default BigBoss repository for free. 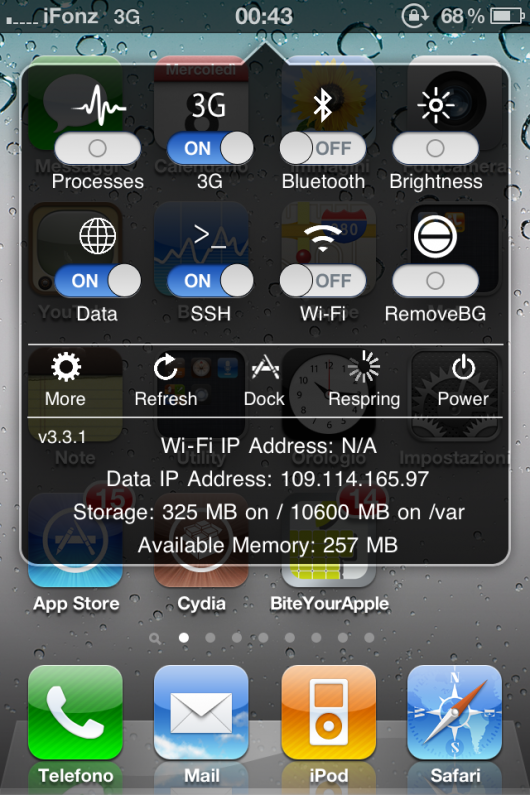 iFile is essentially Finder for iOS. It is a full blown file manager that lets you navigate through all of the directories and files on your device. It boasts advanced file reading and writing functionality, along with the support of  archiving, unarchiving, copying, and pasting of files and folders. Additionally, you can bookmark folders, attach files to emails, send music to the iPod app, and host a web server for accessing your files.

iFile is free with the option to pay for more advanced features (that you probably don’t need). It can be found on the BigBoss repository with a simple search. 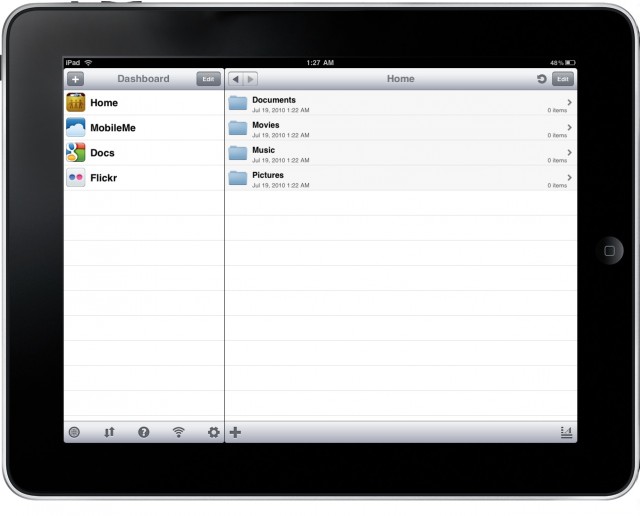 One of the main reasons people jailbreak their devices is to be able to apply themes. Winterboard is the  most popular method to do just that. When you first install it, it doesn’t appear to be able to do much. You can choose between a few minor adjustments within the Winterboard app itself, but that’s pretty much it. However, after you install a Winterboard theme from Cydia, it will appear in the Winterboard app and you will be able to apply it. Themes can change the way certain aspects of iOS look, as well as add functionality to them. For instance, you can have a video wallpaper, some custom sounds, a custom lock screen, and a custom font. Themes can also swap out the icons of certain apps.

Grab Winterboard for free from the Cydia/Telesphoreo repository (that should be added by default). 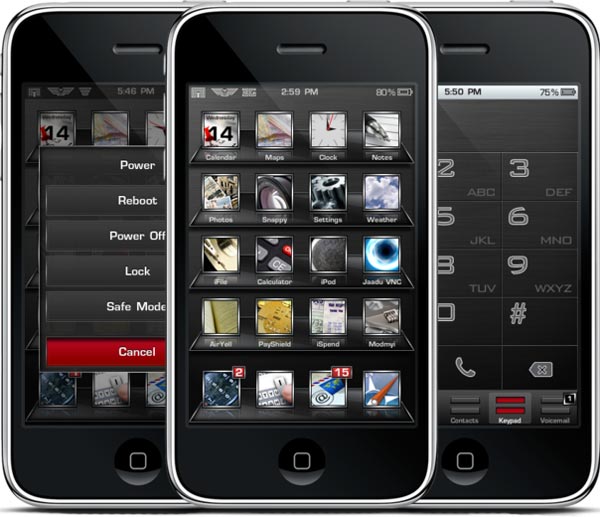 IntelliScreenX takes the Notification Center information and puts it right on the lock screen, so you don’t have to unlock your device to check on updates, weather, and more. It also supports widgets, such as a basic RSS notifier. Perhaps the handiest feature, however, is the line of useful controls at the top of the lock screen. With them, you can quickly toggle settings such as WiFi and Bluetooth.

Not only can you view your notifications, but you can also send tweets, emails, and messages right from your lock screen.

IntelliScreenX can be found on the ModMyi repository for $9.99 (there’s a free trial). 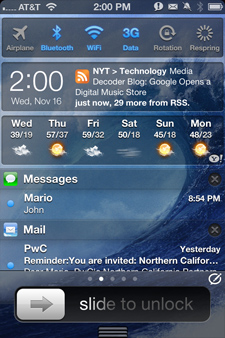 Folders were a welcomed feature when they were first introduced in iOS 4. However, they are very limited, and they certainly leave much to be desired. FolderEnhancer fixes this by adding support for unlimited apps per folder (sorted in pages), folders inside of folders, and toggleable folder animations.

FolderEnhancer can be found in the BigBoss repository for $2.49. 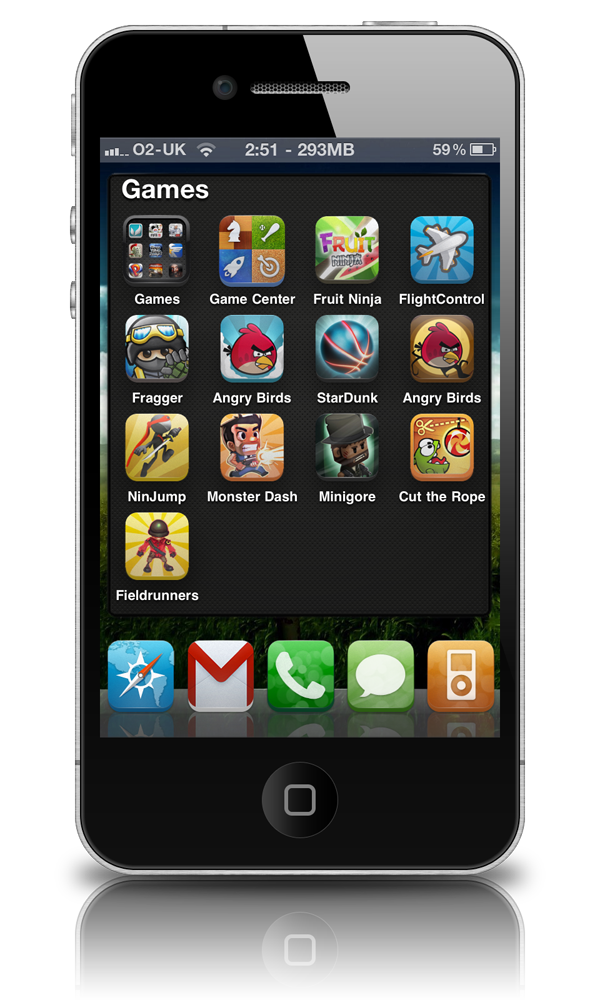 If you have an iPhone and you use the Messages app frequently, you will love biteSMS. It is a complete messaging app the builds upon the default mesagins app by adding features such as Quick Compose, Quick Reply, Passcode Lock, Privacy, Contact Pictures, Smileys, Signatures, Templates, Auto-Retry, and much more. Plus, if you aren’t on an unlimited texting plan, you can save a lot of money by switching to biteSMS’s texting plan, in which you buy credits that allow you to send text messages for 12 cents.

biteSMS can be downloaded for free from the http://cydia.bitesms.com repository. 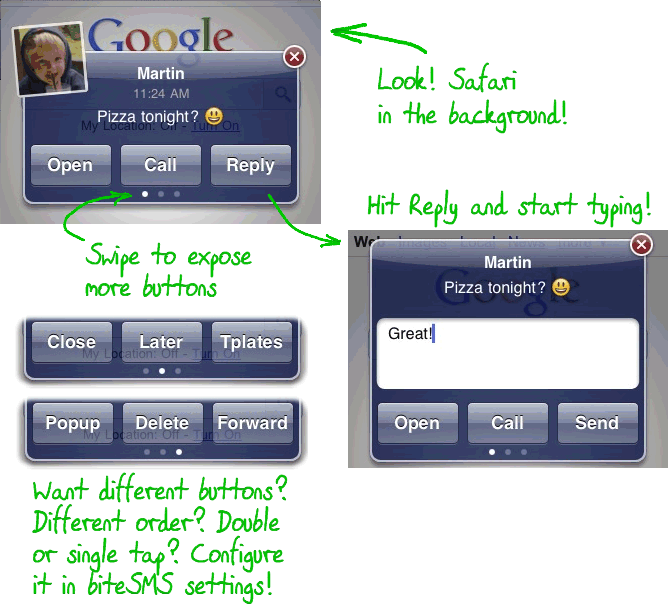 Touch gestures are essential for touch screen devices, and iPhones, iPod Touches, and iPads are no exception. They make navigating through various interfaces fast and fun. Activator takes touch gestures and button combinations to a whole new level. With one of dozens of gestures, you can easily launch an app or perform a system action. In addition to finger gestures, you can choose button combinations as activation methods. For example, I have Activator set up to open Grooveshark when I press both volume buttons, and reveal the SBSettings window when I press and hold the status bar.

Activator can be found in the BigBoss repository for free, but it is automatically installed with many other apps, like SBSettings.

This tweak lets you add an unlimited number of icons to your dock. It organizes these icons into pages, and it lets you choose how many icons you want on each of these dock pages.

InfiniDock can be found in the BigBoss repository for $1.99. 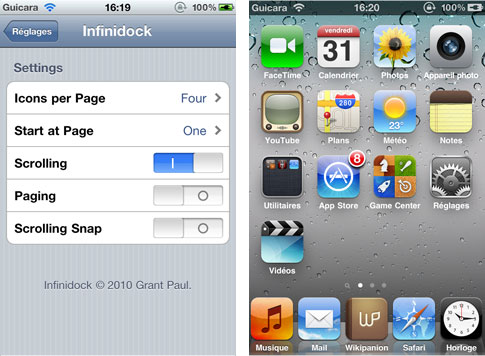 MyWi gives you the ability to turn your iPhone into a WiFi hotspot without an expensive plan with your carrier. Once it is installed and activated,you can share your 3G connection with other devices by either creating a WiFi hotspot or attaching said devices to your phone via an USB cable. There are also some advanced features like data usage, signal strength, and number of active users. Be careful not to abuse your connection though, lest you face the wrath of your carrier.

Surprisingly, it doesn’t drain your battery all that quickly; your iPhone can last for up to a day while running MyWi.

MiWi sells for an expensive $19.99 on the ModMyi repository. Fortunately, there is a free trial, so make sure it works for you before you buy it. Also, consider how much money you save by buying this app instead of paying for an expensive data plan. 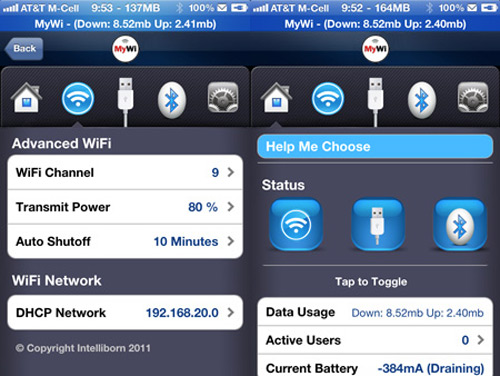 This fantastic tweak is only for the iPad. It brings true multi-tasking to iOS by allowing you to open apps in separate windows. All of the open windows appear on the same toggleable screen, and they can be used simultaneously. Each window has orientation and resizing controls, as well as a close button. Thanks to the default iOS multitasking, closing an app’s window is more like minimizing it. Apps can easily be reopened from the multi-tasking bar.

For what it does, it’s a bargain. You can grab a copy from the BigBoss repository for $9.99. 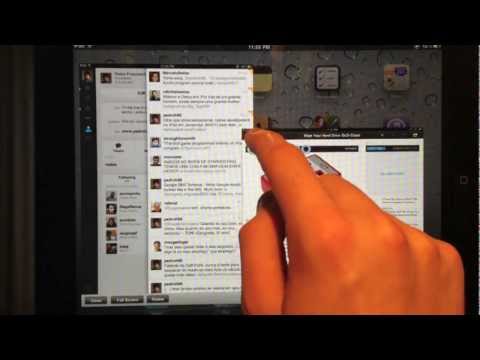 Dashboard X brings widgets to the home screen of your iPhone, iPod Touch, or iPad. Widgets made for Notification center, such as the default weather widget, can be placed anywhere on your device screen. If you do some searching, you will find that there are hundreds of such widgets floating around Cydia, bringing anything from Nyan Cat to SBSettings right to your home screen.

Dashboard X is available from the ModMyi repository for $1.99.

The swipe through animation for switching between home screen pages is nice, but Barrel takes it to a whole new level. Once installed, it will provide you with a large list of home screen page swiping animations. The most famous animations make it look like your icons are on walls of a cube (you can choose whether or not they are inside or outside of the cube too).

Barrel is available for a steep $2.99 in the BigBoss repository. 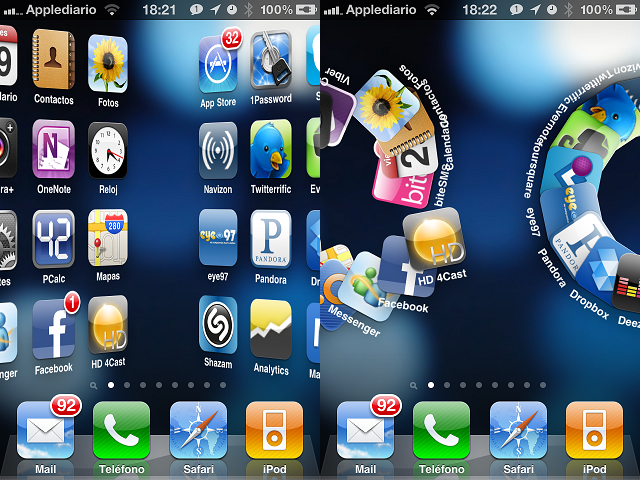 For what it does, it’s a little bit expensive. You can download it from the BigBoss repository for $2.99. 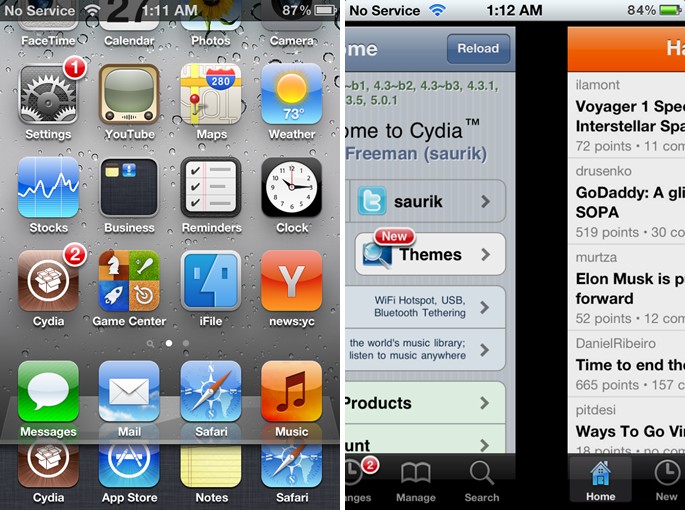 The Spire Cydia tweak makes it easy to install Siri on unsupported devices (iPod Touches, iPads, old iPhones). It’s very stable, and it operates legally. All Siri files are downloaded from Apple’s servers, and you have to specify a Siri proxy server to use for voice command processing. It is worth noting that you need an iPhone 4s key (NOT an iPhone 4s) in order to connect to most servers (you can probably grab one from a friend or a Google search).

Spire can be found in the BigBoss repository  for the fabulous price of free. 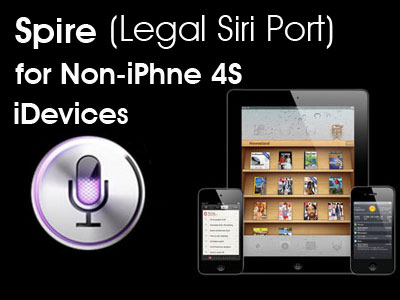 Popularized after the release of Chrome for iOS, BrowserChooser, lets you choose a third party browser application and make it the default. Any “Open in Safari” buttons, icon bookmarks, and links will open in the browser of your choice. 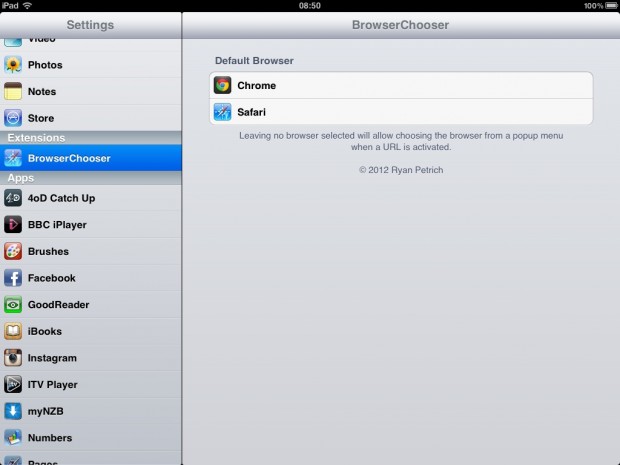 Well, that about sums up our jailbreak app roundup. Did we miss anything? Tell us your favorites in the comments!