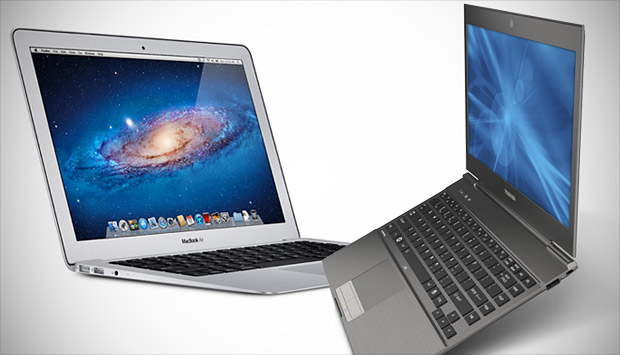 Today, ultrabook is the hottest new term in the laptop market. The term was initially created by Intel and inspired by the sleek MacBook Air, and ultrabooks are being marketed as a new generation of thin, light, powerful and design-focused laptops. Characterized by a low-power Intel Sandy Bridge processor and Intel integrated graphics, these ultrabooks try to strike a balance between powerful performance and a low price. They are designed to offer stiff competition to the ARM-based tablets. However, before you make a purchase decision, it is important to consider your needs and budget.

Ultrabooks are designed for users who value compact yet powerful performance.

Ultrabooks can be an attractive option for business executives, students and other professionals because it is a thin, light, Windows laptop usually priced under $1000. Ultrabooks offer longer battery times, and are great for business travelers and young people always on the move. However, the user will have to sacrifice DVD burners, multiple USB, HDMI, and hard-wired Ethernet ports. To keep up with the latest craze, several top manufacturers like Samsung, Asus, HP, Toshiba and Lenovo are offering these ultrabooks. For example, the The HP Folio 13 Core i5 1.6GHz Ultrabook is available for under $800 on HP promotion code.

There is a certain degree of crossover in the functionality of iPad, netbooks and Ultrabooks. However, the three machines represent a very different user experience and should be chosen depending on your needs. Compared to a netbook and Apple’s iPad, ultrabooks deliver powerful performance, but cost more depending on the specifications and accessories. While ultrabooks offer superior performance as compared to a netbook, the Apple’s iPad is a great device for basic web browsing, gaming and office work. Ultrabooks deliver sufficient performance for most work, entertainment and multimedia activities. However, it should not be considered for serious gaming, professional video rendering or audio conversions. Yet, the overall benefits offered by ultrabooks in terms of power, ease of use and price may result in their market success.

Ultrabooks could be the future of laptops.

Ultrabooks are likely to become popular among users who prefer ease of use, beautiful design and portability of their machine. Delivering superior performance at a mid-range price, the ultrabooks could be a good option for travelers. However, some other users would be willing to compromise on the design and instead opt for laptops with faster components and enhanced functionality. The purchase decision would primarily depend on the needs of a user and budget. In the future, most manufacturers will strive hard to offer ultrabooks at prices lower than $1000. With advancement in technology, it can be expected that processors and components delivering superior performance are combined together to produce laptops at lower prices. All laptops would then be expected to offer aesthetic looks and greater portability. This means that the concept of ultrabook is here to stay and will be further explored by the computer manufacturers.

Will the ultrabooks win their battle against tablets like iPad?

Donna Hays is a freelance writer on topics related to the latest gadgets and consumer devices.