JavaScript has become essential amongst Web Developers (probably developers in general). Whether it be AJAX, jQuery, JSON, or CoffeeScript it has become very prevalent and used in everyday application building, on both sides of the production spectrum. But JavaScript can become a hassle when you don’t have the right tools, or your tools have become too complicated for basic usage. Luckily, we have Dojo, a toolkit that provides code for completing various tasks such as presenting a pretty grid or a much nicer user interface. 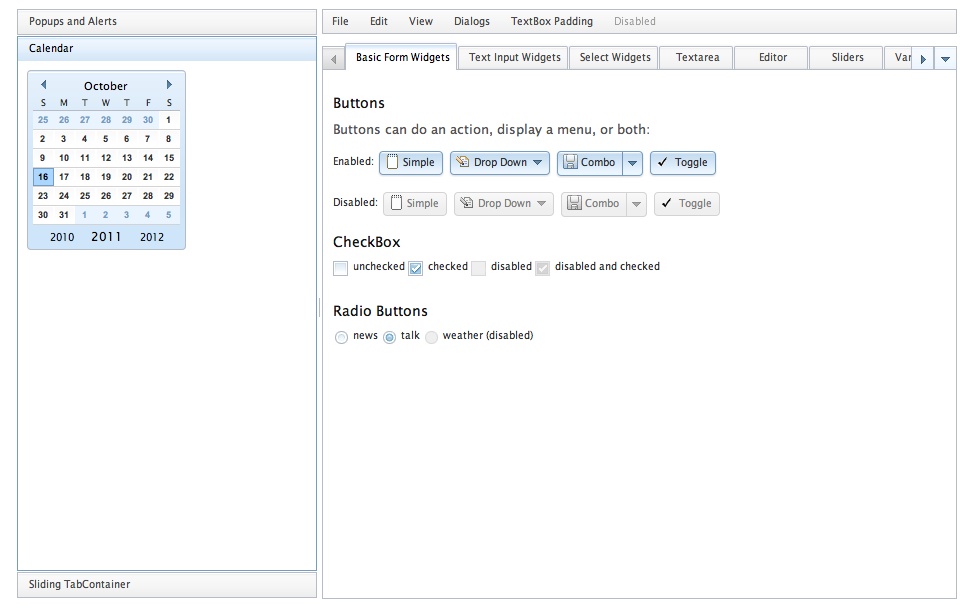 This Interactive Calendar can be found on the Dojo Website

Dojo is an open-source technology created by the Dojo Foundation (primarily Alex Russell, Dylan Schiemann, and David Schlontzer) to ease the development of the complex AJAX language as well as JavaScript in general. And they did a bang-up job of it. Dojo’s APIs are bountiful, ranging from iOS compatibility to its Rich UI features. Here is an example of the Dojo “Hello, World.”

And here is what the finished product looks like:

This is on the Website: It is interactive and stuff

It is loaded with APIs that generally would be too difficult to program with out. It can work on Mobile Apps as well as just Web applications. Dojo is a fantastic tool kit that is essential for all web developers. You can visit it here.