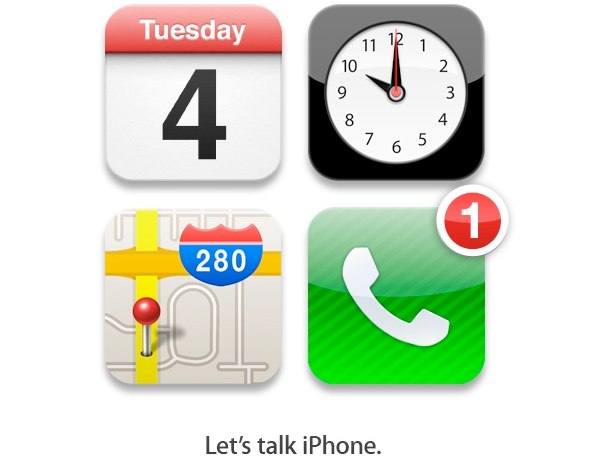 Ever since the iPhone 4 was released, Apple fanboys have been shouting next generation iPhone speculations from the rooftops. On Tuesday, October 4th, Apple will remove all mystery relating to the next generation of iPhones at its “Let’s Talk iPhone” event. The event is strictly invitation-only, so only VIPs and big name media organizations will be able to attend. In addition to a new iPhone, Apple will probably release iOS 5 publicly. It has been available to developers for some time now, so the features that it brings won’t come as a surprise. In addition, the line of iPod Touch’s might be updated with such features as 3G data subscriptions (like the 3G model of iPad) and, of course, iOS 5.

Apple has tight lips, and barely any information regarding their projects and announcements makes its way to the public. If the rumors hold true, and the iPhone 5 is in fact announced on Tuesday, then the iPhone 5 will have 1GB of RAM, an 8-megapixel camera, an Apple A5 processor, availability on the Sprint network, advanced voice control technology (think Android), and dual mode CDMA/GSM capability. It is also possible that the iPhone 5 will sport a larger screen (probably 4 inches).

This will be the first media event held since the resignation of Steve jobs, so Tim Cook, the new CEO, will preside at the event.

There are currently over 110 million iPhone users around world, and most of them aren’t eager to ditch their beloved iPhones for a newer model. It remains to be seen just how many will. Even if people continue to use older models of the iPhone, most will be able to update to iOS 5 and thus experience the rich, new OS features. If you are one of the people considering getting a new iPhone, and you currently have an older model, then you might consider wiping the data off of it and selling it on eBay or Craigslist in order to make reduce the out-of-pocket cost of the upgrade.