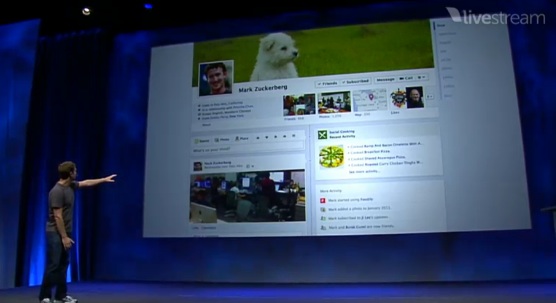 This Thursday, Facebook CEO Mark Zuckerberg announced drastic changes to Facebook user profiles at the company’s annual F8 developer conference in San Francisco. While over 100,000 users gazed at the live video stream, Zuckerberg showed off the elegant new design that will change the face of modern social networking. Until now, all major social networks had one goal. They were designed to answer the question “What’s up?” According to the experts, that’s not enough.

Timeline, the accurately named profile layout that was announced, changes this ideal to include not only what people have been up to in the past 15 minutes, but also their entire life. Facebook has only been around since 2004, so it would seem that user history could only go back that far. However, users will now be able to share media and stories that are from any time in their lives to any time in their lives. Content from different time periods of a person’s life then then be called upon and will be displayed in a large, neatly designed page.

User content is displayed in one of three sections: cover, stories, and apps. Both the stories and apps sections are made up of widget-like boxes that originate from the vertical line in the center of the page, the timeline. Profile covers consist of a large image banner of the user’s choice. Below that is basic information like name, relationships, and location. In the current Profile layouts, users have one image that serves as their profile image. It is displayed on the top right-hand corner of their page as well as their posts. It acts a as a site-wide avatar. This profile picture is still there, it’s just smaller less conspicuous. The second main section of a profile is the stories section. In it, status updates, photos, friends, Likes, and places are displayed. The stories section essentially includes all of the things the current Facebook layout has to offer. It is where you tell your story, both past and present. The last section of Timeline profiles is an application activity aggregator of sorts. A multitude of applications, like Spotify and Netflix, will be able to connect to Facebook accounts and share activity, like recently listened to songs, in real time. That’s right, you don’t even have to press a “Like” button anymore. This could be the killer feature.

Although I am going to walk you through a sneaky method that will enable Timeline for you within a couple of minutes, you can check out this page to get a good idea of what the new layouts will look like.

As is to be expected, the Facebook iPhone app will also receive a major UI change. It will resemble the web version, but it will be condensed to fit on the smaller screen. 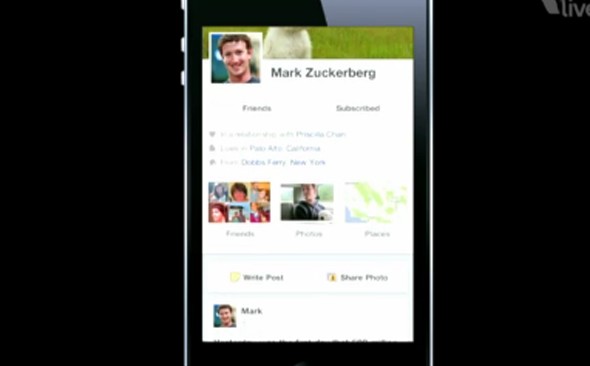 Okay, you’re all revved up and ready to try out the new UI. While it will be rolled out to the general public over the next couple of months, developers are being sent automated invites to try it out. Here’s what you can do to become a developer and try out Timeline:

In summary, “It’s the heart of your Facebook experience, completely re-thought from the ground up,” (Mark Zuckerberg).

There is sure to be backlash to this update, as there has been with every update. Once people become accustomed to a certain layout, they don’t like change. Are you an avid Facebook user? If so, comment and tell us what you think of Timeline!