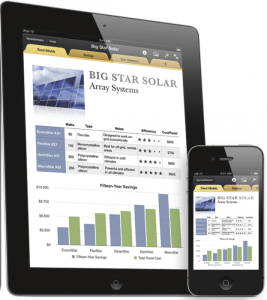 The iOS apps for the  iPhone and iPod Touch are selling for $9.99 a piece, so that’s $29.97 for the whole collection of iWork apps (not bad considering the original was $79). You might think that it would be absurd to try to create such complicated documents and presentations on these smaller devices, but I have found that its functionality and ease of use is really quite impressive. If you are interested in utilizing some top notch office apps on your iPhone or iPod Touch, I encourage your to check them out and consider buying them.