6 years ago, creating and maintaining a wiki was complicated. It required complex software that only a person proficient in the web development field could manage. Thus the birth of a great little project dubbed “PeanutButterWiki” or “PBWiki” for short.The developers thought that setting up a wiki should be “as easy as making a peanut butter and jelly sandwich.” It enabled users to quickly and easily set up a small wiki without the complications of sophisticated software and hosting. 48 hours after the initial release, over 1,000 wikis had been created. That’s a LOT! Thrilled by its popularity, the developers decided to pursue the project. It developed more and more advanced features, and the product evolved into a freemium model. That is, it came with great free features for free, and, for a price, additional features could be added to a user’s wiki.

In 2009, the developers at PBWiki decided that they wanted to target a business and school audience rather than the average user that used their services for personal use. To make their software sound more appealing, they changed their name to PBWorks.

I, personally, love PBWorks and have used it for dozens of projects and websites over the years. My rating of the service: 9/10

The free version of PBWorks for personal use comes with:

Sign up for your free wiki now at PBWorks.com 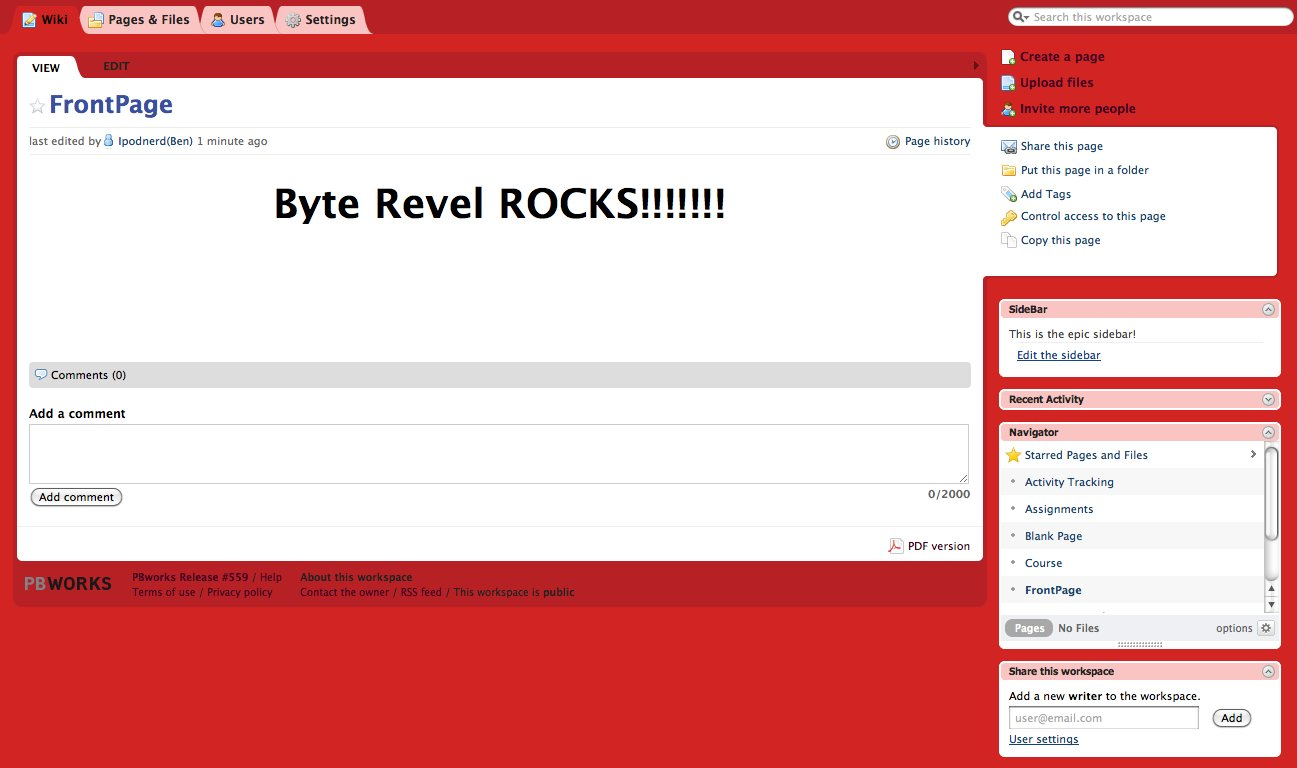 The default interface of a simple wiki