I am a computer science student at UCLA.

Making inanimate objects move on their own is a magical sight that has fueled my small hobby of stop motion animation for years. I used to use iMovie to compile all of the photos from my digital camera, and then I transitioned into the iStopMotion iPad app. But now, I think I’ve found the epitome of amateur stop motion animation software. Boinx’s iStopMotion 3 combines core frame capturing features with great compiling and editing functionality all in one streamlined interface.

When you create a new project, the first thing to do is select what camera you are using. iStopMotion supports a small range of Nikon and Canon DSLR cameras, but the best experience is found with their companion app Remote Camera, which is available on all iOS devices. This convenient app supports adjusting focus, exposure, and white balance. Both orientations seem to be supported, but switching between them is a little bit glitchy. 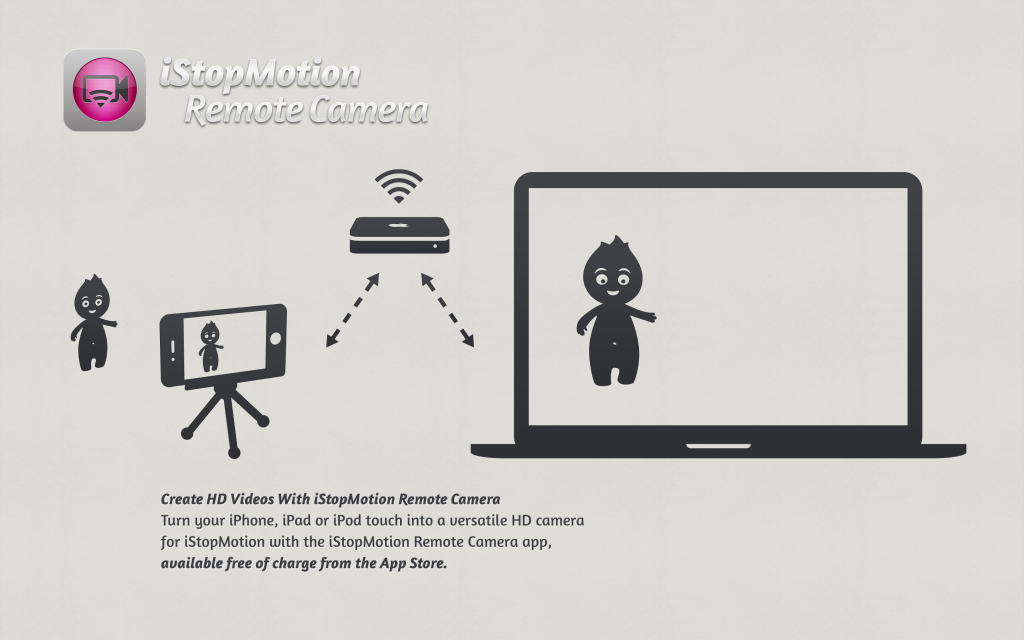 One of the most basic features that any stop motion software should have is onion skinning, where the previous frame is overlaid on the current camera feed as to make relative movement easier. iStopMotion gets this right with an opacity adjustment and the option to overlay multiple frames at once (useful if you’re trying to follow a path or pattern smoothly). 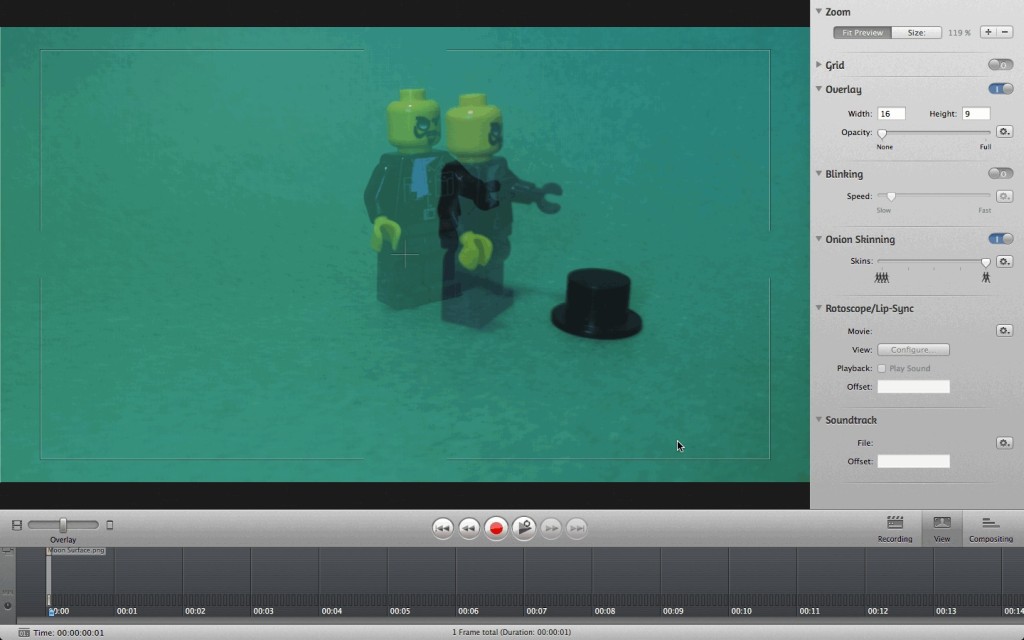 In addition to onion skinning, there is a rotoscoping feature that lets you trace frames over a video. This is fantastic if you are trying to emulate a walking cycle or recreate a scene from a video.

Alternatively to capturing every frame manually, you can record a time lapse that will automatically capture a frame at a set interval. You could try to do stop motion this way, but it is best used to capture interesting changes in the world (the sun setting, people walking). A recent update lets you capture from your desktop, so coupled with this time lapse feature you can do things like record yourself drawing and play it back as a time lapse. I tested it with an hour of browser activity, and it led to some pretty funny results!

One drop down lets you fiddle with tilt shift settings that apply a blur that makes large scenes look like tiny toy sets.

It’s difficult to design a cool background for your scene, so the compositing functionality is welcomed. The two tabs let you choose a foreground and a background. Using chroma key technology that replaces a background color with an image, iStopMotion makes it possible to put your actors on the moon! It may have been my lighting or background, but this feature seems experimental and not quite functional enough for use in production. Foreground images are simply overlaid on the frames with no problems.

Once you’ve captured all of the frames in your video, it’s time to edit it. iStopMotion provides some basic editing functionality with tools like reversing sequences of frames and moving them around. It also supports adding a soundtrack, which makes it possible to sync up your frames with music and make a groovy music video. Although iStopMotion’s editing features are very bare bones, it does support exporting into more advanced video editing software such as Final Cut Pro or iMovie for finishing touches.

Overall, iStopMotion 3 is a great piece of software that is certainly worth the price for animation enthusiasts of all ages. There are very few bugs, and the feature set is complete. You can grab a copy over at the Mac App Store for $49.99.