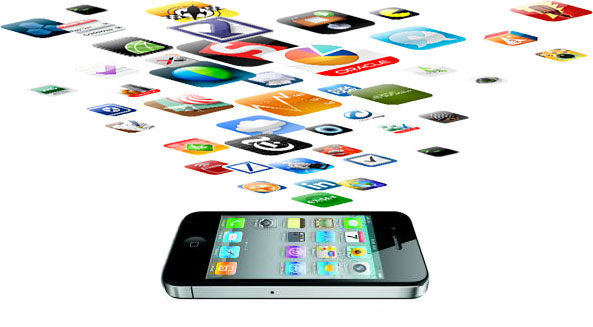 Apple recently made available to the press a new app store statistic. Namely, over 15 billion apps have been downloaded  from the iOS app store so far. That’s about 386 apps every second, or 23,160 apps per minute . IS THAT CRAZY OR… wait… it’s not? This  actually won’t surprise most people who keep track of Apple’s activity even casually, as the success of the app store has been obvious since month one. The massive number of apps that has been available to iPhone, iPod Touch, and iPad users is a large factor in the platform’s popularity, even going so far as to stay ahead of Google’s promising Android operating system. Apple also put emphasis on the following already known statistics:

Don’t let the number fool you. Although 15 billion apps would be enough for 2 for every person on Earth, they are obviously not spread out evenly. I, for one, have over 350 apps on my iPod Touch. Most of them I only opened once, and then they were left, forever forgotten. I would guess that there are a large number of iOS users like me that download an absurd number of apps that are rarely ever looked at.

In second place comes the Android market with a mere 5 billon app downloads to date. Impressive, but not nearly as many as the app store. Chances are this has something to do with the relatively small (150,000) collection of apps in the Android market. People like quantity and variety. It is also important to take into account that iOS was released a full 6 months before Android. That’s 6 extra months to gain more users. However, the rate at which new Android apps are released surpasses that of the App Store quite a bit. In fact, the number of Android apps will probably outnumber iOS apps by late 2012. Although this is the case, Apple regulates apps that make it into the store, while Google lets anything in. The quality of apps suffers.

The last thing I want to point out has to do with a study done by Nielson. The average iOS user spends about 14.7 hours a month playing games, while the average mobile device user plays for about 7.8 hours a month. That’s saying something. One reason this is the case probably has something to do with the percentage of apps in the App store that are games. That percentage is 64% to be exact. Another thing that likely contributes to the popularity of games in the app store is the demographic of many iOS users. That is, many iOS users are minors. More so than Android users.

Below is the word-for-word press release published by Apple: