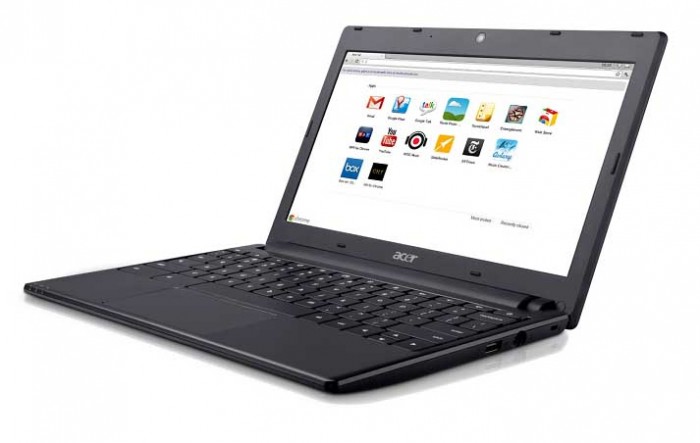 All across the Internet, Google has been putting ads up for their new “Chromebooks”. These laptops (that are being made by Samsung and Acer) will run Google’s own Chrome OS. Chrome OS is merely the Chrome browser taken to extremes. The main thing about Chrome OS is that it operates almost one hundred percent on the web. In fact, the only thing about it that isn’t web-oriented are the files a user downloads onto the Chromebook’s small, solid state hard drive. Although this defies previously held notions about laptops, these Chromebooks represents a small step toward a paradigm shift from local computing to cloud computing. The thought of having nearly every aspect of an operating system in the cloud has both positive and negative aspects. I have had the pleasure of experiencing most of these aspects before most, because I was chosen to receive a beta Chromebook last December. The pros and cons that follow are from what I could take from my experiences.

Seeing as how everything is in the cloud, recovering your settings, bookmarks, etc., is really easy. Just a simple download.

There being nothing on the actual laptop except a Linux kernel to run processes, a virus or other malware would find nothing to infect.

Because it has a low CPU load, my Chromebook boasted a very, very fast boot time.

My Cr-48 Chromebook (and, I think, the Chromebooks being manufactured) come fully equipped to access the web via Verizon Wireless’ 3G cell signal.

This is good for a number of reasons.

To use a Chromebook, one MUST be connected to a source of wifi.

The version of Flash that the netbooks have doesn’t recognize the webcam, so some websites do not work correctly.

The operating system does not recognize all of the file extensions that a normal computer would. Ex: m4v, mov, wmv, etc.

The entire Chrome OS is still a beta, so there will be a few bugs to deal with.

Some websites do not have a “Chrome Friendly” version of their site, which makes the page render in ways that it should not.

All-in-all, if you are a computer power-user then a Chromebook would never fully replace your standard work machine, but it will offer an interesting change of pace. However, if everything you do is on the web then a Chromebook could possibly be right a cheaper and faster solution to your computing needs. In the end you, as the consumer, must choose.

Chromebooks are commercially available as of June 15th.